Bullet indicates Lawrence of Arabia was no liar 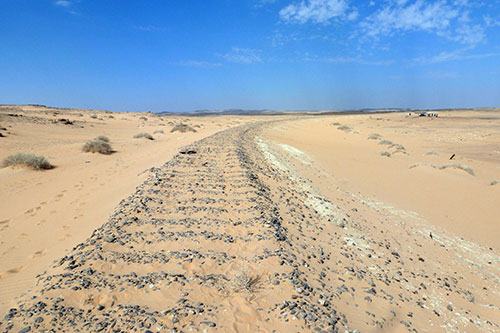 The desert scene of the ambush; Lawrence and the Bedouin lay in wait where the railway embankment curves around © Nicholas Saunders 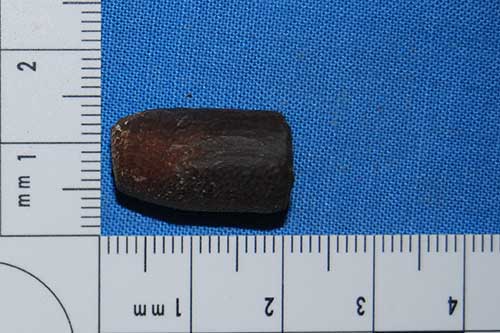 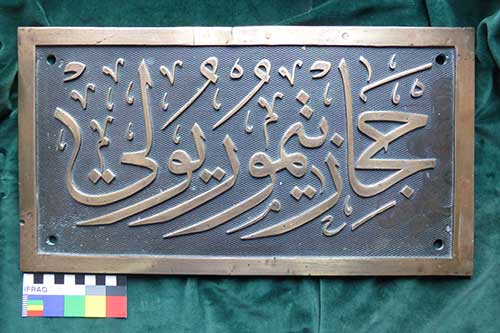 A bullet fired by Lawrence of Arabia during one of his most famous acts of guerrilla warfare has been discovered in the Arabian desert by a team of archaeologists, led by the University of Bristol, confirming the accuracy of Lawrence’s own account of the attack in his war memoir Seven Pillars of Wisdom.

The spent bullet was found at the site of the 1917 Hallat Ammar train ambush – immortalised in a scene in David Lean’s Oscar-winning biopic Lawrence of Arabia – during fieldwork by Bristol’s Professor Nicholas Saunders and Dr Neil Faulkner, and colleagues, as part of the Great Arab Revolt Project (GARP).

The project has excavated dozens of sites across the Arabian desert associated with the 1916-1918 revolt by Arab forces against the Ottoman Turks, then allied to Germany.  T.E. Lawrence – later known as Lawrence of Arabia – served as a liaison officer with the rebel forces, an experience he described in Seven Pillars of Wisdom.

Professor Nicholas Saunders said: “The bullet we found came from a Colt automatic pistol, the type of gun known to be carried by Lawrence and almost certainly not used by any of the ambush’s other participants.”

While several of Lawrence’s biographers have accused him of embellishing his stories, nothing the archaeologists found at any of the sites they excavated supports this view.

Dr Neil Faulkner said: “Lawrence has something of a reputation as a teller of tall tales, but this bullet – and the other archaeological evidence we unearthed during ten years of fieldwork – indicates how reliable his account of the Arab Revolt in Seven Pillars of Wisdom is.”

In an unlikely coincidence, just two months ago, another Hallat Ammar connection appeared when a Hejaz Railway engine nameplate came to light after being ‘lost’ for almost 80 years.  Lawrence had given it to the family of his friend, Vyvyan Richards, for safekeeping in 1933 but never retrieved it before his death in 1935.  The inscription is in Ottoman Turkish written in Arabic script and translates as ‘iron road’, that is ‘Hejaz Railway’.

The family tradition records that it was ‘souvenired’ by Lawrence from one of the trains he attacked.  Many of these raids were on bridges and tracks rather than on locomotives, and, when they were, there was little time to safely hang around and take souvenirs.

The best documented example of such an opportunity is the ambush at Hallat Ammar, where the Turkish train had two locomotives not one, and there was ample time to lever off a nameplate.  The ambush was so spectacularly successful that it probably meant more to Lawrence than his other railway attacks, and so could have merited this  souvenir.

“It is extraordinary,” Professor Saunders added, “that after 100 years new discoveries like this are still being made, casting new light on a guerrilla war which helped reshape the Middle East after 1918 – the consequences of which we are still living with today.”

The 8th Modern Conflict Archaeology Conference will be held in Bristol's Department of Archaeology and Anthropology on Saturday 15 October 2016.