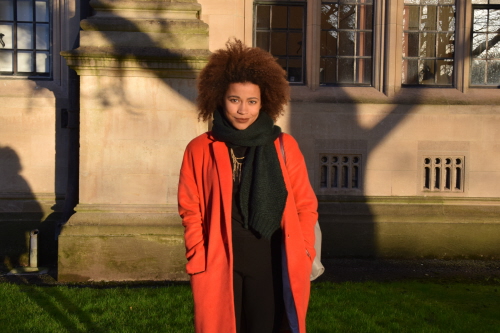 University of Bristol law student Jazmin Sawyers will be representing Great Britain in the long jump at the upcoming World Indoor Championships which begin on Thursday [17 March].

The 22-year-old, who won a silver medal at the Commonwealth Games in 2014, is on top form after jumping 6.67m to claim the British Indoor title in Sheffield last month.

British Athletics has announced that she will be competing at the IAAF World Indoor Championships in Portland, Oregon, despite missing automatic selection.

Jazmin, who’s in the 3rd year of her Law degree, said: "I am delighted to have been invited to compete in Portland. I'm looking forward to putting on the British vest once again and am focused on producing the best possible performance I can, starting what I hope will be a big year for me."

Jazmin is a member of the University's High Performance Sports Squad.

Read an interview with Jazmin in the 52 Faces of Bristol Facebook campaign.