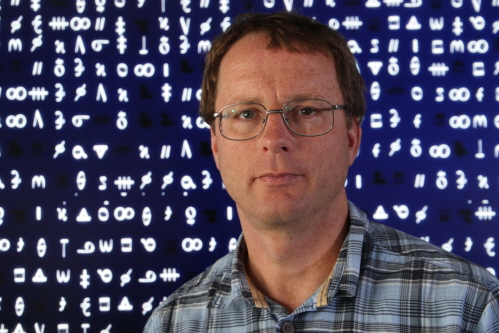 A University of Bristol cryptographer has been elected a Fellow of the International Association of Cryptologic Research (IACR), an accolade that is only given to a select group of cryptographers worldwide.

Nigel Smart, Professor of Cryptology in the Department of Computer Science and who leads the University’s Academic Centre for Excellence in Cyber Security, has been named a Fellow by the IACR in recognition of his essential contributions to the theory and practice of real world cryptography and outstanding service to the IACR.  Professor Smart is only the second UK national to be awarded the Fellowship.

Professor Smart is best known for his work on elliptic curve cryptography and pairing-based cryptography, and more recently for developing techniques for computing on encrypted data, such as multi-party computation and fully homomorphic encryption.

Professor Smart said: “This is a great honour, especially as it comes from my peers internationally. It recognises not only my own work, but in some sense the pioneering work in cryptography that has been conducted by the entire group in Bristol.”

Professor Andrew Nix, Dean of Engineering, added: “It’s great news that the International Association of Cryptologic Research has recognised Professor Nigel Smart in this way. It’s more evidence of the world class research in cryptography being conducted by the Bristol Cryptography Group, and the impact it’s having on our digital world.”

The Fellows program was established in 2004 and since then around 60 cryptographers have been elevated to Fellows, including ten cryptographers, Len Adleman; Manuel Blum; Whitfield Diffie; Shafi Goldwasser; Martin Hellman; Silvio Micali; Michael O Rabin; Ron Rivest; Adi Shamir and Andrew Yao, who have also won the A M Turing Award, which is the Nobel Prize of Computer Science.

About the Bristol Cryptography Group
The Bristol Cryptography Group conducts research into cryptography, the underlying hard problems on which it is based and the hardware and software needed to implement secure systems. The group has particular interest in techniques for proving security of cryptographic systems, the efficient implementation of such systems on small computing devices and the verification that such implementations do what they say they do. It is also interested in security auditing and computer forensics. The group is responsible for the teaching of all Information Security units across the University of Bristol.

About the International Association of Cryptologic Research (IACR)
The IACR is a non-profit organisation devoted to supporting the promotion of the science of cryptology. The IACR was formed in 1983, and runs the premier conferences in the field and publishes the premier journal. Cryptology is the science of the making and breaking of encryption algorithms, but in the modern world it encompasses so much more. You use cryptology all the time, when banking, when using a mobile phone, when opening your car door.