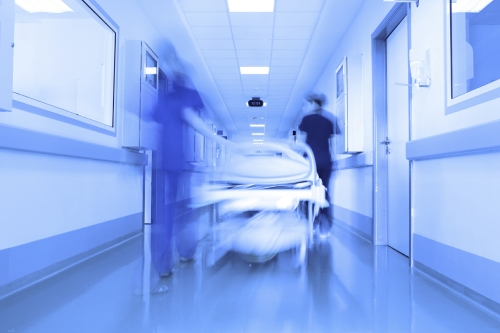 Despite the rates of hospital deaths in England declining, nearly two-thirds of people aged 85 and over, and more than half of people aged 95 and over still die in hospital, new research has found.

In the first study of its kind, researchers from the University of Bristol and Public Health England used routinely-collected data taken from hospital admissions and death certificates for more than 670,000 deaths of people aged 85 and over, from 2008 to 2012.

Dr Lucy Pocock, from the University of Bristol’s Centre for Academic Primary Care said: “Palliative care has historically been based on a cancer model, but most [older] people do not die of cancer. We need to think more about how to tailor end-of-life care to the oldest old, who are progressively frail. The data shows that most older people die in hospital, so we should focus on this setting for improvements to palliative care.”

The researchers used a powerful statistical technique called multivariable regression analysis to examine the factors associated with hospital deaths in older people in the UK. This technique enables statisticians to look at the relationships between a number of different variables.

In the past, researchers looked at individual factors, such as gender, age, cause of death, and their association with dying in hospital, but this is the first time anyone has used UK data to look at all of these factors together, simultaneously assessing their independent contribution to the outcome and eliminating confounding.

The study also found that care home residents and those diagnosed with dementia are significantly less likely to die in hospital.

Professor Sarah Purdy, associate dean of the Faculty of Health Sciences at the University of Bristol and co-author of the study, said: “Our findings give an important insight into the reasons behind deaths in hospital in the oldest old. As more than a third of the UK population will now live beyond 85 years, we need to ensure that end of life care is done well not only in hospitals, but also in care homes. Dying in hospital may not be appropriate for all older people, yet it is still the case for the majority.”

‘Factors associated with hospital deaths in the oldest old: a cross-sectional study’ by Pocock L, Ives A, Pring A, Verne J and Purdy S in Age and Aging