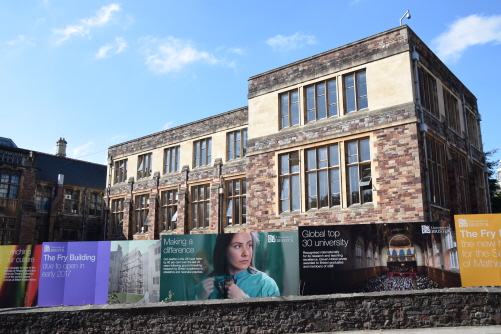 The Fry Building as it looks now 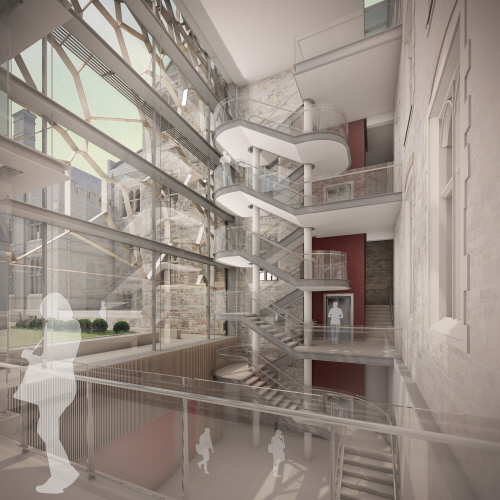 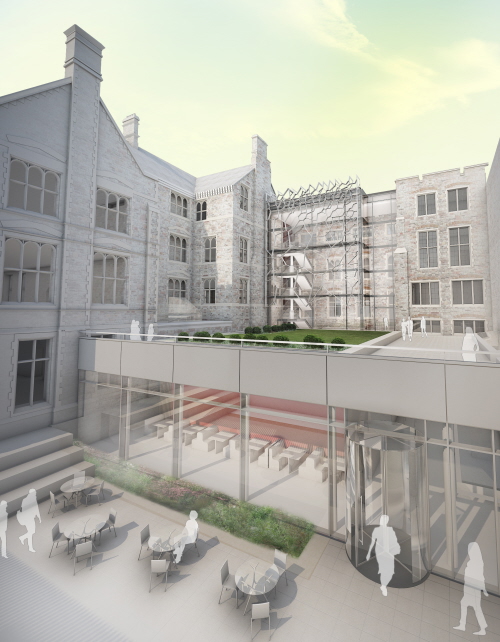 Plans for the southern extension of the Fry Building Wilkinson Eyre

Work to transform a listed building near the centre of Bristol into an ‘outstanding’ new home for the University of Bristol’s School of Mathematics has got underway.

The Fry Building, as it will be called, is located just off the Triangle on the corner of University Road and Woodland Road and will undergo a major £33 million renovation and remodelling.

While the intrinsic character of the Grade II listed building will be preserved, new additions will include an atrium which will link to a new 140 seat lecture theatre with a roof garden above it.

The development is a key part of the University's £525 million capital investment programme over 10 years.

The Fry Building, named after the chocolate-making Fry family whose generous donations helped establish the University in 1909, is due to open in October 2017 and will significantly improve the student experience for those studying mathematics as the school is currently located across several sites.

Professor Noah Linden, Head of the School of Mathematics, said: "The Fry Building will provide an outstanding home for mathematics in the heart of the University's precinct, and we are very excited about moving into it.

"We will have facilities for research and teaching befitting a world-leading mathematics department, in a unique Grade II listed building, remodelled and refurbished to retain its historic character."

As well as a suite of lecture theatres, offices and tutorial rooms, there will be a wide variety of new spaces for interaction, carefully designed to foster exciting and creative mathematics.

The building was formerly home to the University’s School of Biological Sciences, which has moved to the new £56.5 million Life Sciences building on the corner of St Michael's Hill and Tyndall Avenue.

The contractor selected to partner with the University on this work is Balfour Beatty which, as well as being one of the UK's leading contractors, has a significant amount of experience in the university sector.

Patrick Finch, Bursar and Director of Estates, said: "After an extended period of enabling works, dealing with a range of activities from demolition and site clearance within the heritage building, we are very pleased to have reached the point where contracts for the main construction works have been agreed.

"Balfour Beatty has been selected for its specialist knowledge and for the strength of the team put forward to manage the project for the University.  We very much look forward to working with them in what we hope will be a productive partnership."

The project is being managed for the University by Capita Project Management, with architectural advice from the scheme's original designers Wilkinson Eyre.

John Keaveney, Balfour Beatty Regional Managing Director, said: "We are delighted that Balfour Beatty has been selected because of its expertise within this sector. We are excited to be working on this flagship project on the campus, and want this to be the start of what hopefully will be a long term relationship with the University going forward."