Does Fairtrade mean a fair deal for female cocoa farmers? 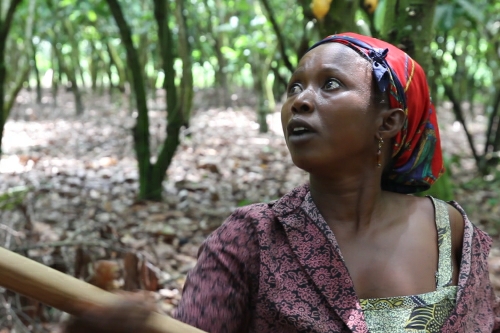 West African cocoa farmers may not all benefit equally from the Fairtrade chocolate eggs bought by consumers this Easter, new research has found.

Dr Elizabeth Fortin from the University of Bristol Law School has investigated whether the Fairtrade scheme represents a fair deal for all farmers, or just a select few.

Dr Fortin and her co-researcher, Dr Roy Maconachie from the University of Bath, explored the lives of women farming Fairtrade cocoa in Ghana, the world’s second largest cocoa producing country.

They found that, while it was a positive force, women farmers were not benefitting from Fairtrade to the same extent as their male counterparts.

Dr Fortin said: “Fairtrade is contributing positively to the lives of many cocoa farmers, including women, but such benefits are differentiated, benefiting those who are relatively privileged and educated more than those who are not.

“Consequently, due to cultural norms, men often benefit most from Fairtrade. Moreover, many of the poorest and most marginalised farmers in such areas are excluded from participating at all in such co-operatives. These are predominantly women.”

The project was funded by a British Academy small grant, which allowed the researchers to undertake fieldwork in July. A film, shot using participatory video, was taken back to Ghana for dissemination and feedback in January and the final version screened to the Fairtrade Africa Convention in February.

To find out more about the project, read the researchers’ article in The Guardian.