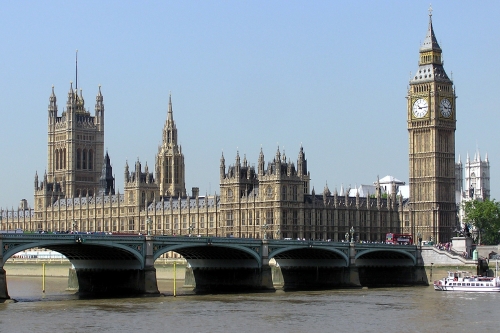 Devolution to English cities is unsustainable without greater transparency and legitimacy in decision making, according to an expert panel chaired by a University of Bristol academic.

The Political Studies Association’s Research Commission to examine the role of ‘informal governance’ on devolution to England’s cities, led by Dr Sarah Ayres, launches its report today at a the Institute for Government.

The commission’s report looked at the process of devolution deals to date. It found the devolution agenda offered opportunities to empower local areas, improve public services and boost economic productivity. However, it also identified a danger that the initiative will stall without greater clarity about the process, and enhanced local ownership of decision making.

Dr Ayres said: ‘Since the Scottish Referendum and the election of a Conservative Government in May 2015, the devolution agenda in England has moved forward rapidly. Central Government proposals for devolution have been met largely with enthusiasm from local areas, and there is firm commitment in parts of Government to see the devolution of power in core policy areas such as transport, economic development and regeneration and public service reform.’

‘However, the devolution agenda, and especially the process of negotiating the recent round of devolution deals, is characterised by a high degree of ‘informal governance’ – that is decision-making that is un-codified, non-institutional and where social relationships and webs of influence play crucial roles. This has prompted a new style of political leadership, which relies less on bureaucracy and formal structures and more on networks and informal relations.’

This raises important questions about effectiveness and transparency in policy making. On the one hand, it can lead to greater efficiency through more timely and streamlined decision making, based on high trust relationships. On the other, it may weaken transparency, accountability and legitimacy by undermining traditional (more formal) administrative structures.

The report found that this absence of guidance and procedure causes suspicion and scepticism from some participants, councillors and the public.  This in turn could damage the democratic legitimacy and sustainability of the policy.

Dr Ayres said: ‘The UK government is embarking on fundamental constitutional change driven largely by informal ways of working. While there are undoubtedly benefits to more informal and fluid governance arrangements, there is a danger that devolution could be undermined if key actors and the public feel disenfranchised by and disconnected from the process.’

The Commission, which also included Paul Buddery (Royal Society for the encouragement of Arts, Manufactures and Commerce), Dr Jo Casebourne (Institute for Government), Tessa Coombes (University of Bristol), Ed Cox (Institute for Public Policy Research) and Mark Sandford (House of Commons Library), made recommendations that may help address this:

About the Political Studies Association:

The Political Studies Association exists to develop and promote the study of politics. Founded in 1950, it is the leading Association in the field in the United Kingdom, with an international membership including academics in political science and current affairs, theorists and practitioners, policy-makers, researchers and students in higher education.