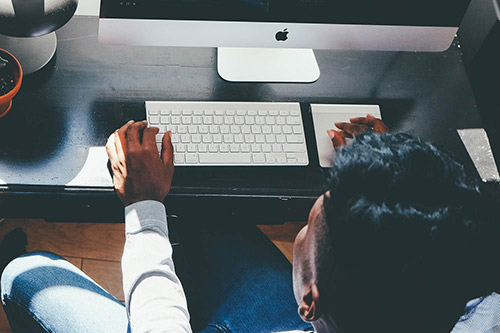 Real-life experiences of racism have a significant impact on the way black and minority ethnic people view the online world, a University of Bristol study has found.

To better understand perceptions of racial discrimination online, the study looked at how different individual experiences of racial discrimination offline (in the real world) affect perceptions of racially themed internet memes. They found that black and ethnic minority people viewed racially-biased internet memes as more offensive than their white counterparts due to their real-life experiences of racism.

After completing a measure of racial discrimination, they rated the offensiveness of racially biased memes including a cartoon of a Black person eating fried chicken; a picture of a Black doll priced less than a comparable White doll; and non-biased memes: a cartoon of a White person eating fried chicken; a Black and White doll that cost the same amount.

Dr Williams said: "While there is a general belief that racial prejudice is on the decline, every black and ethnic minority participant in our study reported experiencing racial discrimination at least once over the previous six months."

Even though there was no difference between how offensive the black and ethnic minority participants and the white participants thought the racially biased memes were, ratings provided by white participants were not predicted by their previous experience of racial discrimination. The results highlight the interplay between offline and online worlds; when users log on to the online world, they bring with them interpretational frameworks obtained from socialisation that occurs offline.

"One possible way to reduce the pervasiveness of racial discrimination both on-and off-line is to raise perpetrators' awareness of how these transgressions are subtly manifested in different contexts."

"We recommend that future experimental research continues to investigate how subtle racial biases are manifested and interpreted in online contexts. The findings from such research would provide insights useful for reducing the prevalence and consequences of online racial discrimination."