An evening with the Foxes mastermind 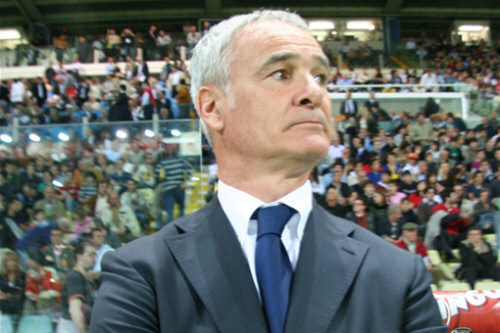 An Italian coach and living legend who steered Leicester City FC to a sensational Premier League title this season will be in conversation with a Professor of Modern Italian History from the University of Bristol tomorrow Friday [3 June].

Professor John Foot from the University's Department of Italian will talk with Claudio Ranieri about his life and football career at a free event at the Italian Cultural Institute (ICI) London.

Claudio Ranieri, who is known as a quiet and reserved family man, arrived at King Power Stadium in July 2015 with a fine reputation and an impressive record at the helm of some of Europe’s biggest and most famous teams.

Born on October 20, 1951 in the Italian capital Rome, Claudio Ranieri signed his first professional contract at Roma in 1973.   During his playing days Ranieri had a reputation as a rugged full-back with a strong understanding for the game and after two campaigns with Roma he made the switch to Cantanzaro in 1974, where he would stay for the majority of his playing career.

After two promotions in six years with the side from the south of Italy, Ranieri would go on to help both Catania and Palermo achieve further promotions before his playing career ended in 1986.

With a managerial career that has seen him take charge of 14 teams, including Napoli, Valencia and Chelsea, across a period of 29 years and five different countries, there can be few with as much experience as Ranieri.

Professor John Foot, who supports Arsenal, Plymouth Argyle and Inter Milan, has written extensively on many aspects of Italian history, including Calcio – a History of Italian Football, published by Harper Collins in 2006, which was the first book written in English to tell the story of Italian football from its origins in the 1890's to the present day.  John is currently working on a new, popular history of post-war Italy and hopes to carry out further research into the closure of the psychiatric hospitals in Italy after 1978.

The free event, in Italian with simultaneous English translation, starts at 7 pm.  To register, go to Eventbrite.