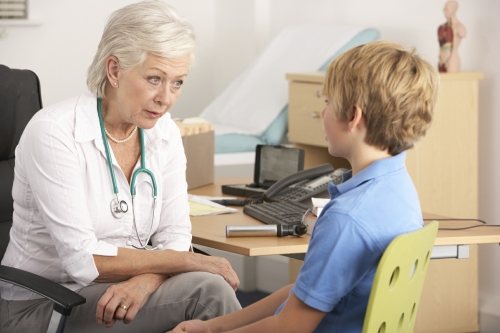 Urinary tract infections (UTI) in young children can lead to kidney damage, but are notoriously difficult to diagnose in primary care because symptoms can often be vague and unclear.

A definitive diagnosis can only be achieved by a urine test, but collecting urine samples from babies and children under five is a challenge.

After a three-year study involving more than 7,000 children, researchers have developed a technique to help GPs and nurses to decide from which children a urine sample should be collected. The technique could reduce the amount of time and effort used to collect unnecessary urine samples and increase sampling among children most likely to have a UTI. The researchers hope this will also help GPs and nurses better target antibiotic prescribing so only those who are likely to benefit from antibiotics receive them.

Funded by the National Institute for Health Research (NIHR), results from the DUTY (Diagnosis of Urinary Tract infections in Young children) study, which involved researchers from Universities of Bristol, Southampton, Cardiff and Kings College London, are published in the Annals of Family Medicine today [Monday 11 July].

Alastair Hay, a GP and Professor of Primary Care at the University of Bristol's Centre for Academic Primary Care, co-led the research. He said: "We found GPs and nurses should look out for children who have pain/crying passing urine, smelly urine, had a previous UTI, absence of severe cough, or severe illness is present. Three or more of these symptoms suggest it is worthwhile going to the effort of getting a urine sample. Surprisingly, fever was not a useful indicator for identifying children with UTI in primary care."

The researchers recommend a clean catch sample should be obtained if possible. Recently published research from the same group in the British Journal of General Practice found that samples collected using a nappy pad also provide useful information, but have higher rates of contamination, which can increase false positive and false negative diagnoses. They also found that positive dipstick tests for white blood cells, nitrites or blood in urine were also indicators for a possible UTI, and can help to decide whether or not to prescribe an antibiotic.

Christopher Butler, aGP andProfessor of Primary Care in the Nuffield Department of Primary Care Health Sciences, University of Oxford, co-led the research. He said: "The study was funded by the research arm of the NHS (the NIHR) after NICE found there was a lack of evidence regarding which symptoms and signs GPs and nurses should use to diagnose UTI in young children in primary care.

"Most of the previous studies had been conducted in hospitals, and such evidence is not always applicable to people consulting in primary care. The DUTY study is the largest, most comprehensive primary care study of its kind and we believe has generated important, clinically useful evidence that will inform updates of NICE guidance for managing this important condition."

'Improving the Diagnosis and Treatment of Urinary Tract Infection in Young Children in Primary Care: Results from the DUTY Prospective Diagnostic Cohort Study' by Alastair Hay et al in Annals of Family Medicine

'Nappy pad urine samples for investigation and treatment of UTI in young children: the 'DUTY' prospective diagnostic cohort study' by Butler et al in The British Journal of General Practice.

The National Institute for Health Research Health Technology Assessment (NIHR HTA) Programme funds research about the effectiveness, costs, and broader impact of health technologies for those who use, manage and provide care in the NHS. It is the largest NIHR programme and publishes the results of its research in the Health Technology Assessment journal, with over 700 issues published to date. The journal's 2014 Impact Factor (5.027) ranked it second out of 85 publications in the Health Care Sciences and Services category. All issues are available for download, free of charge, from the website. The HTA Programme is funded by the NIHR, with contributions from the CSO in Scotland, NISCHR in Wales, and the HSC R&D Division, Public Health Agency in Northern Ireland.

The National Institute for Health Research (NIHR) is funded by the Department of Health to improve the health and wealth of the nation through research. Since its establishment in April 2006, the NIHR has transformed research in the NHS. It has increased the volume of applied health research for the benefit of patients and the public, driven faster translation of basic science discoveries into tangible benefits for patients and the economy, and developed and supported the people who conduct and contribute to applied health research. The NIHR plays a key role in the Government's strategy for economic growth, attracting investment by the life-sciences industries through its world-class infrastructure for health research. Together, the NIHR people, programmes, centres of excellence and systems represent the most integrated health research system in the world.