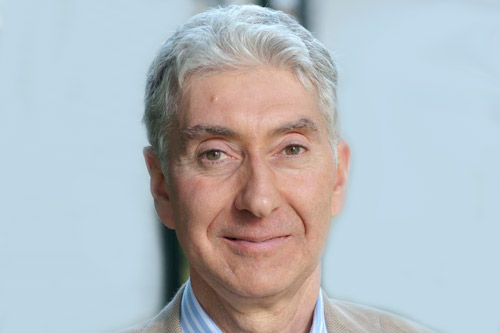 A University of Bristol professor has been honoured by the Royal Society for his outstanding contribution to the field of chemistry.

The Society awarded the Davy Medal to Professor Stephen Mann FRS, of the University of Bristol's School of Chemistry, as part of its annual prizes.

He received the Davy Medal for his distinguished contributions to the chemistry of bio-mineralization, and for pioneering the bioinspired synthesis and self-assembly of functional nanostructures and hybrid nanoscale objects.

Professor Mann said: "It is a great honour to be awarded the Royal Society Davy Medal. My deepest thanks go to my research group past and present, for their creativity and enthusiasm.  I am also indebted to many brilliant collaborators and mentors who without deliverables, milestones or impact statements have made profound contributions to the advancement and application of scientific knowledge throughout the world."

The Davy medal is named after Humphry Davy FRS, the chemist and inventor of the Davy Lamp, and was first awarded in 1877. The Davy Medal is awarded annually to an outstanding researcher in the field of chemistry.

About The Royal Society

The Royal Society is a self-governing Fellowship of many of the world's most distinguished scientists drawn from all areas of science, engineering, and medicine. The Society's fundamental purpose, reflected in its founding Charters of the 1660s, is to recognise, promote, and support excellence in science and to encourage the development and use of science for the benefit of humanity.

The Society's strategic priorities are: