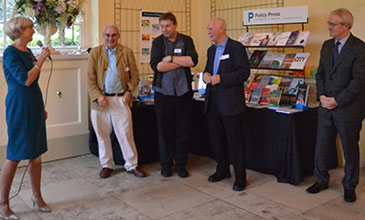 The Policy Press, an award-winning publisher based in the University’s Faculty of Social Sciences and Law, recently celebrated its 20th anniversary with a reception at Goldney Hall.