Why are boys falling behind in literacy? 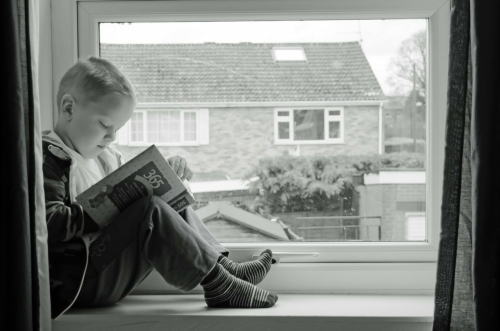 A report published today by Save the Children highlights the scale of the gender gap in literacy and language development before children begin school, and the consequences for subsequent literacy attainment.

It was informed by a University of Bristol study, Understanding the Gender Gap in Literacy and Language Development, whichwas commissioned by Save the Children to explain the gender gaps in literacy attainment and language development in the Foundation Stage profile at age five, and their consequences for key stage tests at 11 years.

The researchers, from the University's Graduate School of Education, found that: two thirds of the gender gap in achieving Key Stage Level Four in Reading at age 11 is attributable to the fact that boys, on average, have poorer language skills than girls at age five. Boys are also recorded as having lower average levels of attention than girls at age five. These gender gaps are found among children from advantaged, as well as disadvantaged, social backgrounds.

Nevertheless, the risk of falling behind at five is much higher for both boys and girls from lower socio-economic backgrounds.

Professor Gemma Moss said: "Having poor early language skills and attention is equally consequential for both boys and girls, but because boys are more likely to fall into this group, this impacts on the gender gap in attainment at age 11."

The report also found that literacy based activities in the early years – reading books and using the library - have a protective effect for both boys and girls.  Boys experience the same levels of these activities as girls, but there are other activities - songs/ nursery rhymes, drawing/ painting and learning letters - that girls experience more frequently.

Professor Moss said: "We do not know how far gendered expectations of boys' versus girls' behaviours are driving some of these differences in social interaction.   We do know that both boys and girls will benefit from a rich language and literacy environment in which adults extend children's language and engage their interest in a wide range of pre-literacy activities.  These are important protective factors that lay the building blocks for success in schooling."

The report also identified that high-quality preschool provision has the best protective effect for boys at most risk of lower attainment in language and literacy (those from disadvantaged backgrounds). The researchers argue the government should continue to ensure that such provision is accessible to those growing up with most disadvantage, and therefore most in need of a rich language environment.

In addition, poorer language skills at age five also affect later school enjoyment, confidence, motivation, and reading for pleasure.  While the 'discouraging' effect of poor early language applies equally to boys and girls, the impact on reading for pleasure is significantly larger for boys.

Professor Moss said: "Reading for pleasure in early years is significant. We found among those children with the same levels of language skills and attention at five, boys and girls who read more for pleasure, and who display motivation in school at seven, are less likely to fall below standard at 11.

"Irrespective of their early language skills, girls at age seven reported much more positive attitudes to school, and read more for pleasure than boys. Interventions that encourage children with lower levels of language and attention to engage positively with the reading curriculum may be able to mitigate the effects of a poor start in language."

The University of Bristol report makes a series of recommendations aimed at addressing these problems:

Interventions designed to address poor language and pre-literacy skills in the pre-school years should ensure boys as well as girls gain access to rich language and literacy learning environments.

The University of Bristol report Understanding the Gender Gap in Literacy and Language Development is available to download.

The Save the Children report, The Lost Boys: How boys are falling behind in their early years, is available to download on their website.