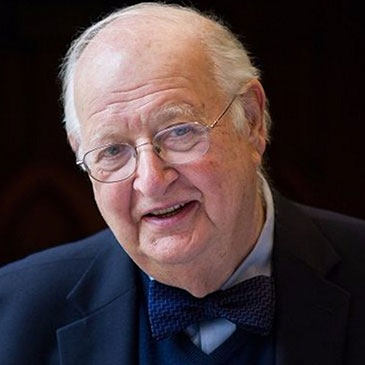 An Honorary Fellowship is conferred on an individual who has attained distinction in their academic field, or has contributed consistently and over a significant period of time to the life of the University.

Professor of Econometrics at the University of Bristol from 1976-1983, Deaton did much of his influential work here. In 2015 he was awarded the Nobel Memorial Prize in Economic Sciences for his analysis on measuring and understanding consumption behaviour, poverty and welfare.

He is currently the Dwight D Eisenhower Professor of Economics and International Affairs at Princeton University and a Fellow of the British Academy.

On 13 July Deaton received the award while visiting the University to give a public lecture, entitled 'Faltering progress? Growth, inequality and health'. The lecture discussed increases in mortality rates in the US, and compared them to what is happening elsewhere, including in Britain and in Europe.

Gerard Van den Berg, Professor of Economics, presented the award. He highlighted 'the enormous significance of his work for economic science, policy and wellbeing', and said: 'His way of working has had a lasting impact on the research of economists in Bristol.

'I think it is characteristic of Bristol's approach, to focus on individual outcomes, taking account of heterogeneity and measurement errors, and to learn from data - not just to quantify a single effect - but to learn from the data about the mechanisms behind the observed patterns, and to use all of that for policy recommendations.'