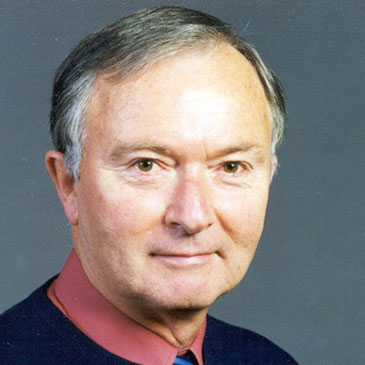 This is an edited version of the tribute paid to Dr Bolster at his funeral by his friend and colleague Edward Freeman, with additional contributions from Dr Edward Forman.

In September 1961 I arrived in the Ecole Normale d’Instituteurs in Lyon to do my year abroad as a lecteur. I was told by the staff: ‘Your predecessor two years ago was a very jolly fellow. He drank Guinness and loved jokes’. Eight years later, in 1969, when I came to Bristol to take up my post, I discovered at the pot de la rentrée in October who that jolly predecessor had been. There was Dick Bolster waiting to greet me, but not knowing that I had followed him in Lyon. He became a colleague and friend whose company I very much enjoyed and whose intellectual stimulus I appreciated for no fewer than 32 very happy years.

Dick’s normal mode was humour in general and irony in particular. These qualities characterised his teaching and research. They were his lubricant for fulfilling the university teacher’s essential role: getting the students to love the subject for the rest of their lives. I won’t say that’s all that matters, but it is most of it. Dick was good at this.

The period about which Dick managed to convey so much enthusiasm was the first half and middle of the 19th century, with the overlap between the Romantic and Realist periods, and the great moral paradoxes and ironies at the heart of that overlap: the discrepancies between the ideal and the real that are to be found everywhere in the fiction of Stendhal, Flaubert and the Balzac of Illusions Perdues.

Dick’s critical approach was robust, not burdened by an excess of theory. L’homme et l’oeuvre, the traditional way, that was Dick’s way. And not just l’homme: Dick was not at all insensitive to the qualities and achievements of George Sand, Mme de Stael, Louise Collet, Olympe de Gouges, Marceline Desbordes-Valmore, and Marie d’Agoult. His study of the last-named figure, Romantic author and mother of Liszt’s children, Marie d’Agoult: The Rebel Countess (Yale UP, 2002), crowned an academic publishing career which had begun with an important study in French of literary feminism in the Romantic period (Stendhal, Balzac et le féminisme romantique, Paris: Minard, 1970) and also included indispensible students’ guides to the major novels of Stendhal and Balzac, and critical editions of texts by Gautier, Stendhal and others.

Dick had the privilege of teaching in what has become one of the world’s great universities (until his retirement in 2005), and with excellent colleagues and students. But he was not an elitist. The boy who rose from a modest background upwards via Trinity College Dublin, a very splendid place, and then the Ecole Normale Supérieure in Paris, never lost touch with his roots in Donegal on the rugged north-west coast of Ireland. I know that place too and can understand the affection and respect he felt for the fishermen of that region, with whom he spent some of his summer vacations fishing for crabs and mackerel.

Although Dick remained loyal to Bristol for over three decades, his humanity and idealism were never insular and inspired a decision to go on secondment to Nigeria not long after the end of the Biafran War.

Dick was a good-hearted and hospitable man, generous with his time and encouragement, and with his instinctive responses. So when asked by his French Department colleagues in the 1970s to play in the annual soccer match against our students, he said yes, though he wasn’t at all a soccer man. The staff hardly ever lost this Sunday morning fixture, against hung-over students who thought it was going to be a piece of cake playing against old crocs aged 29-plus. But offside rules were a bit of a mystery to Dick. We told him not to advance out of the centre circle towards the opponents’ goal (so we reduced our chances of being put offside); and not to retreat from the centre circle towards our goal (so there was less chance of his putting all the opponents onside). We said ‘Dick, the centre circle is all yours; if anyone comes into it with the ball you get the ball off him, and knock him over if necessary.’ By half-time we hadn’t scored our usual two or three goals, and some of us were a bit bruised and confused. So we had to have a little talk with Dick: ‘All that stuff we told you about knocking guys over and getting the ball off them – you’re doing it very well. But best from now on to do it just to the opposition.’

One of the many human qualities of Dick – not shared by every university lecturer, it must be said – was that he could tell, and take, a joke against himself. I’d like to think he’d approve of that one, and roar with laughter as he heard me make it up. Dick is going now to meet the great referee in the sky and I just wish there could be some extra time. But there can’t be, and the whistle has blown.