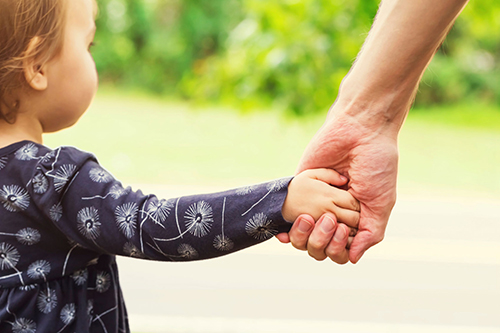 New mothers with learning difficulties have benefited from a pilot programme that helped them learn to care for and interact with their babies, an evaluation by University of Bristol experts has found.

People with learning difficulties face a number of challenges when they become parents. For example, it is more difficult for them to learn the skills necessary for their children to grow up healthy and safe. Without additional support, parents are likely to lose their children into care.

Commissioned by Mencap and funded by the Department of Health, the Parent Pioneers programme was piloted between 2012 and 2015 in Northumberland and the borough of Islington. The Mellow Parenting programme was adapted for parents with a learning disability with support from Mencap and a group of ‘parent experts’ from the Elfrida Society, who had learning disabilities. The mothers who took part were assisted by a volunteer mentor.

As well as meaning the mothers who took part were better-equipped to look after their children, the additional support they received through the programme also provided potential cost savings for local authorities on child safeguarding, care proceedings and provision.

Beth Tarleton, from the Norah Fry Research Centre at the University of Bristol, evaluated the project. She said: ‘The mothers who took part felt they had increased in confidence, both in themselves and in their ability to look after their babies. They also recognised that they had learned to trust others to look after their baby. It allowed them to make friends, and benefit from the experience

Lara Burnett, project manager at Mencap, said: ‘Parents with a learning disability are more likely than any other group to have their child placed in child protection services.  We think that this is partly because of lack of the right support, and we’re pleased to see that Parent Pioneers made a difference to the people that undertook the course.

‘The course recognised the needs of parents with learning disabilities for inclusion, for repetition to consolidate learning and support to transfer learning into practice.  Parent Pioneers has helped a number of parents feel more confident and effective and given them a network of other supports.   I would like to thank everyone who has been involved in this project.’