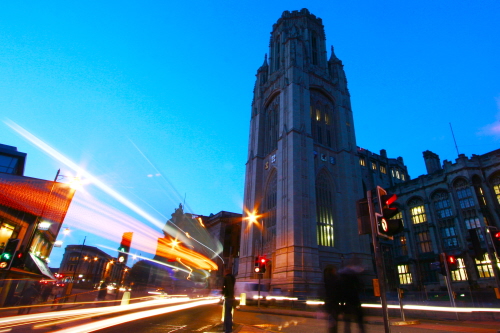 Investors are being urged to fund the next generation of science and technology companies being created by the University of Bristol.

A whole host of exciting and innovative spinout companies have emerged from the University over the past year alone, successfully turning research into real-life applications.

To build on its growing reputation for creating high-tech companies, the University has today [15 January] launched the University of Bristol Enterprise Fund, designed to support spinouts while at the same time offering tax reliefs to individual investors who purchase new shares in those companies.

Investment in the fund is expected to be of particular interest to investors with links to the University, such as alumni, or to the city of Bristol.

High-tech companies created over the past year based on University of Bristol research include:

These add to the University’s burgeoning spinout portfolio, which also includes Ultrahaptics – a company founded by University of Bristol PhD student Tom Carter which uses ultrasound technology to create tactile sensations in mid-air. Ultrahaptics secured a £10.1 million investment last year and is attracting interest from companies around the world who would like to utilise the technology.

Professor Hugh Brady, Vice-Chancellor and President of the University of Bristol, said: "This fund will catalyse the University’s creation of – and SETsquared’s support for - exciting, technology-based companies by enabling individuals to invest alongside institutional investors, helping nascent entrepreneurs realise early steps towards a successful company."

Bristol has a growing reputation as a place where new technologies emerge, companies are born and products that transform society are developed; with both SETsquared and the University making significant contributions to this ecosystem.

The Bristol and Bath region has been recognised as a fast-growing, globally-significant high-tech, creative and digital media cluster and is home to companies such as Aardman Animation, IMDB and Hewlett Packard.

A recent report from Tech City UK described the cluster as 'a hotbed for future technologies' and ranked it second in the UK for digital employment, behind London, with 61,653 people employed in the industry.

The University of Bristol Enterprise Fund will be managed by London-based investment firm Parkwalk Advisors, which manages a series of specialist funds investing in the UK early-stage technology sector, including similar funds at the Universities of Oxford and Cambridge.

Other notable spin-outs from the University include:

The Bristol SETsquared Centre, now located within the Engine Shed in the heart of Bristol's Temple Quarter Enterprise Zone, supports 64 members who between them employ over 840 people globally. Since 2007, companies supported by Bristol SETsquared have raised over £188 million and an aggregate turnover, in that period, of over £155 million. It has contributed to the success of Engine Shed, which opened in December 2013 and is credited with powering economic growth in Bristol and the West of England, adding £8 million to the local economy in its first year.