In search of Lawrence of Arabia 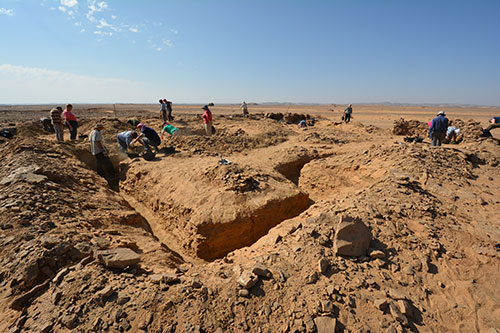 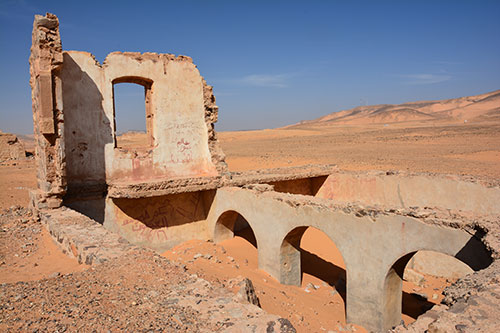 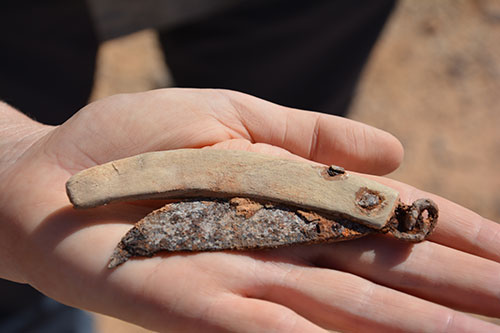 T. E. Lawrence is the subject of two forthcoming books, a play and a major exhibition inspired by fieldwork carried out in the deserts of southern Jordan by an international team, including archaeologists from the University of Bristol, which has shed new light on Lawrence’s role in the Arab Revolt and the subsequent history of the Middle East.

Over ten years, the fieldwork, carried out by Bristol’s Professor Nick Saunders and Dr Neil Faulkner and the Great Arab Revolt Project (GARP) team, has transformed our understanding of the conflict, the recent history of the region, and the role and reputation of its most famous protagonist.

Professor Saunders said: “Britain is again at war in the Middle East.  As the region unravels, attention refocuses on the conflicts, treaties, and carve-ups that gave the Middle East its current form a century ago.

“In popular imagination, that history is inextricably associated with T. E. Lawrence – ‘Lawrence of Arabia’.  A misfit and maverick, a romantic and orientalist, an archaeologist and wartime intelligence officer, he was a most unlikely war hero.

“Turned into a celebrity in 1919, his role in the 1916-18 desert war has been the subject of intense scrutiny and controversy ever since.  Is the legend a myth?  Was Lawrence, as some claim, a liar and a charlatan?  Or does the legend reflect reality?  Was he, in fact, a brilliant military commander and a sincere advocate of the Arab national cause?”

To mark the centenary in 2016 of the beginning of the Arab Revolt and the signing of the Sykes-Picot Treaty, a secret agreement between the British and French governments defining their proposed spheres of influence and control in Southwestern Asia, three major events are planned.

The Man with the Gold, a new play by Jan Woolf

Jan Woolf, writer in residence on the GARP dig in Jordan in 2013, began writing a new play about Lawrence while helping to excavate bits of wrecked railway, soldiers’ buttons, cartridges and bullets: “I literally dug a play out of the desert, turning the detritus of war and human devastation into dialogue,” she said.

The play explores the complex personality of Lawrence as well as the myth machine that produced ‘Lawrence of Arabia’.  Crucially, it examines imperial warmongering and the vital gold nexus that attached tribal leaders like Auda Abu Tayi to the British cause.

There is comedy, though, as flirting archaeologists try to sort their relationship while preparing an exhibition of their finds.  And there is stunning contemporary resonance, using some of Lawrence’s own language, for example: ‘But how do you bomb a thing intangible, without front or back, drifting about like a gas? Guerrilla tactics are a complete muffing of air force.’

The play has had its first reading at the Cockpit theatre, London, where it was very well received by an audience of writers, journalists and archaeologists.  Its first review, by David Wilson, described it as: ‘gripping stuff, full of political insight and humour.  When fully staged with sets and loud music it will be stunning.’

As Chichester Festival Theatre stages a revival of Terence Rattigan’s Ross, this is a new work about Lawrence written for the present.

Lawrence of Arabia’s War: the Arabs, the British, and the Remaking of the Middle East in WWI by Neil Faulkner

Due to be published by Yale University Press on 21 April 2016, Dr Faulkner’s book draws on ten years of field research to offer the first truly multidisciplinary history of the conflicts that raged in Sinai, Arabia, Palestine, and Syria during the First World War.

The book rewrites the history of T E Lawrence’s legendary military campaigns in the context of the Arab Revolt, exploring the intersections among the declining Ottoman Empire, the Bedouin tribes, nascent Arab nationalism, and Western imperial ambition.

It provides a new analysis of Ottoman resilience in the face of modern industrialised warfare, and assesses the relative weight of conventional operations in Palestine and irregular warfare in Syria, thus exploring the historic roots of today’s divided, fractious, war-torn Middle East.

Due to be published by Oxford University Press in 2017, Professor Saunders’s book is the first archaeological-anthropological investigation of the First World War in the Middle East, and focuses on the Great Arab Revolt of 1916-18.

During ten years of fieldwork, Professor Saunders and colleagues discovered vast conflict landscapes associated with the defence of the Hejaz Railway, unknown to all except the Bedouin.  Traces of Rolls Royce Armoured Car raiding camps, Ottoman Army campsites, desert fortifications, and train ambush sites by T. E. Lawrence and the Arabs were investigate, charting the origins of modern guerrilla warfare.

This major exhibition will reassess Lawrence’s character, wartime role, celebrity, and legacy.  Four main galleries will explore the themes: ‘A Romantic Orientalist’; ‘Tradition and Modernity’; ‘Modern Guerrilla Warfare’; and ‘Hero, Celebrity, and Legend’.  A subsidiary display will consider ‘A Legacy of Strife: a peace to end all peace’.

The exhibition will feature archaeological material recovered during the Great Arab Revolt Project alongside loan items from collections in London, Oxford, and elsewhere.  Central features will be a reconstruction of the excavated remains of ‘Lawrence’s Camp’ at Tooth Hill, and a 25mm model of the Hallat Ammar Ambush.

The exhibition will run at the National Civil War Centre from October 2016 to February 2017.