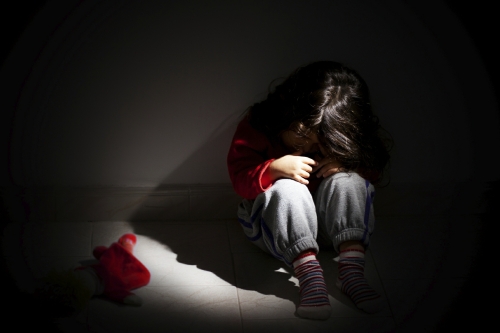 While the sexual abuse of children is currently an issue at the forefront of public life, concern has focused on the protection of children and the identification of perpetrators. However, a new study by the Universities of Bristol and Durham for the NSPCC, hopes to refocus attention on what can be done to help the victims of childhood sexual abuse.

The study, published today, (FEB 22) evaluated the delivery of Letting the Future In, an NSPCC-designed programme that sees social work professionals deliver therapeutic support to children aged four to 17 who have experienced sexual abuse.

Letting the Future In focuses on creative therapies such as painting, drawing and storytelling, giving children chance to talk about their abuse experiences, and to express themselves creatively. The individual sessions enable the children to safely work through past experiences, and come to understand and move on from what has happened. The child’s parent or safe carer is also offered individual sessions as well as joint sessions with their child.

The study’s lead author John Carpenter, Professor of Social Work and Applied Social Science at the University of Bristol, said: ‘Child sexual abuse is an international problem of staggering proportions. In the UK one in 20 children have been sexually abused, and its effects in childhood and adulthood include anxiety, depression, post-traumatic stress, problematic sexual behaviour and suicide.

‘Evidence-based therapeutic approaches are vital to help all children deal with the effects of sexual abuse. This ‘real world’ evaluation – the largest randomized control trial in the world for a sexual abuse intervention – is a significant contribution to the evidence base, providing benchmarks for others to evaluate interventions.

‘Crucially, it also demonstrates the importance of offering therapeutic support to children and young people who have been sexually abused, to help them deal with their experience.’

The study showed promising evidence about what works to help children recover from the trauma of being sexually abused.

For children younger than eight who completed the programme, there was little change six months after starting Letting the Future In. However, for those children who remained in the service, after one year the highest levels of trauma (clinical or significant difficulty) had dropped to 40 per cent, from 89 per cent at the start – a  change that is approaching statistical significance.

This may be due to the intervention taking longer to work for younger children, or because carers took longer to recognise improvements.

Simon Hackett, Professor of Applied Social Sciences at Durham University and co-author of the study, said:‘Concern has focussed on the protection of children and the identification of perpetrators, but we need greater understanding of how children affected by sexual abuse can be helped. This study sends out an important message to children and families affected by sexual abuse. With the right help and support it is possible to recover and move on from abuse.’

Jon Brown, NSPCC Head of Development and Impact said: ‘These findings provide promising indications that the Letting the Future In intervention can significantly reduce the highest levels of trauma experienced by children who have been sexually abused.  We know professionals say support for children after abuse is "inadequate”. Over half say tight criteria to access local NHS mental health services mean these children are increasingly struggling to access vital help.  This study shows therapeutic work can be delivered by a greater range of professionals, including social workers who receive additional training in therapeutic work – as in the case of Letting the Future In.’

Parents and carers interviewed by the research team were unanimous in thinking that the intervention had resulted in positive changes.  In their children, parents identified improved mood, confidence and being less withdrawn, a reduction in guilt and self-blame, reduced depression, anxiety and anger, improved sleep patterns and better understanding of appropriate sexual behaviour.  As one mother said: ‘I’ve got my child back.’

The NSPCC is reviewing the Letting the Future In model based on the evaluation findings, particularly around providing additional support for both older and younger children to sustain the intervention’s effect. It is also piloting an adapted version for children with learning disabilities.

A copy of the study is available from the NSPCC