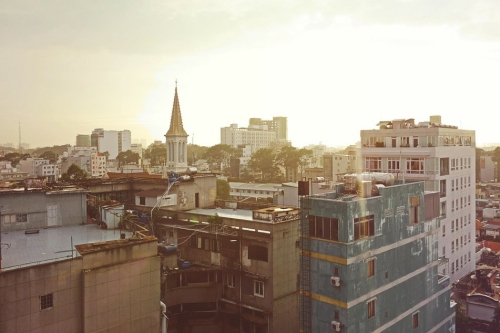 Countries as far afield as the Solomon Islands, Canada, New Zealand, Mexico, South Africa and Uganda are turning to research carried out by Bristol experts to change how they define and tackle poverty.

The move marks a timely development given discussions around how poverty is defined in relation to the UN’s primary Sustainable Development Goal of ‘ending poverty in all its forms everywhere’.

The goal is an urgent one but definitions of poverty have had to evolve so as to recognise the multidimensional nature of poverty and the variations between countries.

The Consensual Approach for measuring poverty reflects this.  It has been developed over 30 years, based on Bristol’s internationally acclaimed research on poverty in the School for Policy Studies.

The method takes into consideration the opinions of the general public about what items and activities they consider to be necessary for an acceptable standard of living, from which no one should be excluded due to a lack of resources. Importantly the approach introduces a democratic element into the definition and measurement of poverty enabling the public, rather than just academics or politicians, to determine what constitutes poverty.

For low and middle income countries such as the Solomon Islands, South Africa and Uganda, lack of attention and research has tended to impede governments from developing efficient and effective anti-poverty policies, say researchers. The Consensual approach has the potential to instigate significant gains in terms of social and economic development.

In 2015, the PSE approach to measuring multi-dimensional poverty, was first developed in the UK and EU and then piloted in the Pacific Island Countries and Territories (PICTS), where rates of child and maternal mortality are high and many  of the region’s children either never enter school or do not complete primary education.

Lead researcher and Director of the Townsend Centre for International Poverty Research at the University of Bristol, Professor David Gordon, said: “What we're trying to do is to measure poverty not just in terms of whether people have enough food and clothes but also whether they can participate fully in the social life of their community and meet their social obligations”.

“We ask members of the public to identify what they believe are the necessities of life in their society and we only consider someone deprived if the majority of people, over 50 per cent, agree.  This produces a socially realistic measurement of poverty and something that's easy to understand for both the public and politicians.”

Since 2015, Professor Gordon and Dr Shailen Nandy have been invited to share their insights with governments from across the world, as well as UNICEF, Save the Children, the World Food Programme (WFP), the World Bank and the UN Food and Agriculture Organisation.   Community groups, leaders and churches have played a pivotal role in these discussions, ensuring that the assessment and response to poverty includes those who are of critical importance for helping to implement effective anti-poverty actions.

Following the presentation of their findings in the Pacific Islands, Sheldon Yett, UNICEF Representative for the Pacific Island Countries, said: “I am convinced that the new PSE method will help us to advocate more effectively for appropriate policy options, as well to meet the new SDG goals of measuring multidimensional poverty."

Professor Gordon added: "Every country in the world has agreed that by 2030 they will have reduce by half the percent of adults and children living in multi-dimensional poverty based on nationally appropriate measures.  Over the next few years, a lot of new work is going to need to be done if countries are to achieve this important target."

The Townsend Centre for International Poverty Research is dedicated to multi-disciplinary research on poverty in both the industrialised and developing world. The Centre has been established by the University of Bristol in response to the United Nations First International Decade for the Eradication of Poverty (1997-2006) and in recognition of the work of Professor Peter Townsend.