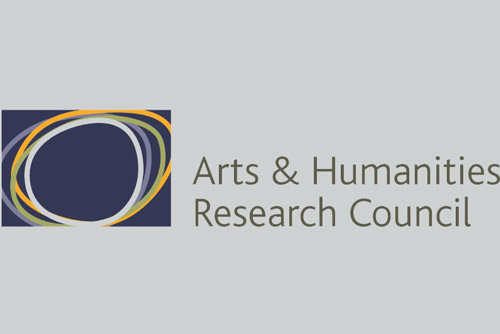 Three students from the University of Bristol are among 50 who have been awarded fellowships from the Arts and Humanities Research Council's International Placement Scheme (IPS).

This will give them access to some of America's most significant libraries and research institutions later this year.

Tessa Kilgarriff, a doctoral student in the Department of History of Art, has been awarded a three-month long fellowship at the Yale Center for British Art in New Haven, Connecticut.

She will conduct research for her thesis on the production, dissemination and reception of theatrical portraiture in London from 1820 to 1870.

Tessa said: "I am thrilled to be awarded this placement at the Yale Center for British Art. In particular, I'm looking forward to examining the works of Samuel de Wilde and unique archival collections relating to leading nineteenth-century theatrical portraitists.

"In addition to having access to the Center's unparalleled collections, this fellowship will enable me to meet and exchange ideas with curators and academics active in my area of research at Yale."

As part of her collaborative doctoral award Tessa has also curated a display entitled 'Reproducing Fame: Printmakers and the Nineteenth Century Stage', which will open at the National Portrait Gallery on 27 August.

The second successful Bristol student, Francesca Roe, will be undertaking a three month research fellowship at the Harry Ransom Center where she will have access to the collections for PhD research.

The PhD is on artificial actors (for example - puppets, marionettes) and gender in fin-de-siecle Austria and Germany, and the Harry Ransom centre has a collection of actual puppets, lots of holdings on puppet theory and theatre, and also a collection of rare German and Austrian theatre manuscripts which will all be very useful.

Francesca said: "IPS fellowship at the Harry Ransom Center will allow me to access material directly relevant to my PhD that is not held anywhere in Europe, particularly the rare German theatre manuscripts and puppetry collections.

"Austin is also home to several puppet and marionette theatres, and I hope to create opportunities for exchange between practising puppeteers and the Harry Ransom Center during my fellowship."

Amy King is in the second-year of her PhD in the Italian department at Bristol, looking at secular martyrdom in Italy from the twentieth century to the present day.

While at the Library of Congress, she'll be researching the international memory of both Giacomo Matteotti, the socialist politician murdered by Mussolini's men in 1924, and the 19 Italians killed as a result of a suicide attack in Nasiriyah, Iraq, in 2003.

Amy said: "The fellowship will allow me to research the international side of the memory of both case studies, which I don't think I would have been able to do properly in the UK. I'm hoping that my time at the Library of Congress will make for a much more ambitious piece of research."

The annual International Placement Scheme (IPS) provides funded research fellowships at world-leading international research institutions for early career researchers, doctoral-level research assistants and AHRC/ ESRC-funded doctoral students. ESRC candidates are eligible to apply to Library of Congress only. Through the access provide by the scheme the academics have the opportunity to enhance the depth, range and quality of research activities conducted by scholars. The researchers have opportunities for networking with other international scholars at those institutions.

The Arts and Humanities Research Council (AHRC)  funds world-class, independent researchers in a wide range of subjects: history, archaeology, digital content, philosophy, languages, design, heritage, area studies, the creative and performing arts, and much more. This financial year the AHRC will spend approximately £98 million to fund research and postgraduate training in collaboration with a number of partners. The quality and range of research supported by this investment of public funds not only provides social and cultural benefits and contributes to the economic success of the UK but also to the culture and welfare of societies around the globe.