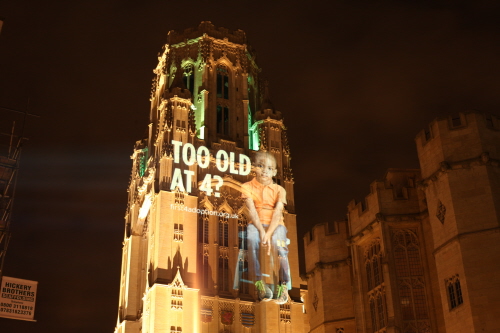 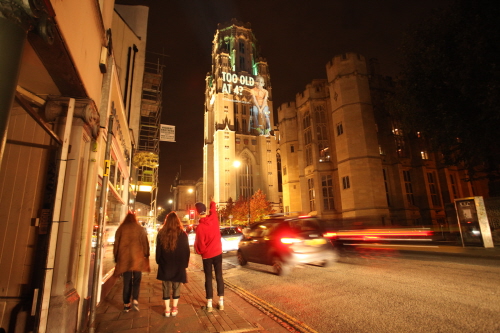 The image of a small boy, taken by Mary McCartney - who recently took the official portrait of the Queen, was accompanied with the caption ‘Too Old at 4?’ on Saturday [17 October]. It aims to raise awareness of the fact that four years is the average age of children waiting the longest for adoptive families.

Gemma Gordon-Johnson, who runs the national information service First4Adoption, said: "We're thrilled to be working with Mary McCartney and the University of Bristol to mark National Adoption Week. There are 5,560 children being looked after by local authorities in the South West – 700 of these children are in Bristol. We urge anyone who thinks they might be in a position to adopt to get in touch to find out more.”

Julie Selwyn, Director of the Hadley Centre for Adoption and Foster Studies at the University of Bristol, said: “Bristol is at the forefront of adoption research. This campaign highlights those older children who are waiting for adoptive parents.  Some of these children are part of sibling groups and need families willing to take more than one child and others have been waiting a long time with no parents coming forward.  We estimate that in England there are 500 older children who need a new family.”

National Adoption Week runs from 19 to 25 October. For more information go to First4Adoption's website or call First4Adoption on 0300 222 0022.