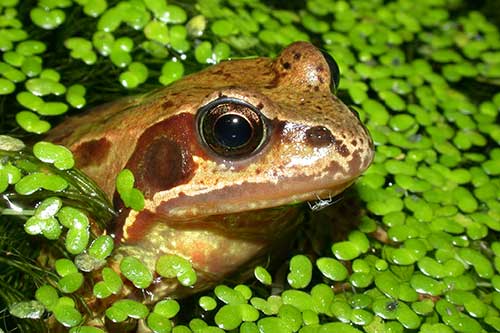 The introduction of a lethal fungus infection that could threaten the UK's amphibian populations has not been caused by exposure to infected colonies of African clawed frogs, according to new research from the Universities of Bristol and Portsmouth.

Global declines and extinctions of amphibian populations, accelerating over the past 20 years, have attracted much media publicity and concern amongst conservation biologists.  A number of factors are involved but one major cause has been the rapid worldwide spread of a lethal fungus infection, Batrachochytrium dendrobatidis (Bd).  The extent of this deadly pandemic has been a result of human activities, especially the international trade in amphibians.

One prominent theory, now cited in many natural history accounts of threats to the world’s biodiversity, implicates African clawed toads, Xenopus laevis, in dispersal of the disease.  These animals have been exported from South Africa worldwide since the 1930s, initially for use in human pregnancy testing, but also as pets and as one of the major species for research on human disease – much of what scientists have learnt about cancer and stem cells comes from theirstudy.  It has been thought that escaped or released toads, infected with the fungus, had been involved in spreading the infection to native species.

This so-called ‘out-of-Africa’ theory was originally based on circumstantial evidence and has never been confirmed directly.

Now, research carried out by Professor Richard Tinsley of Bristol’s School of Biological Sciences working with Professor Matt Guille and colleagues at the University of Portsmouth, has examined the occurrence of Bd in the two areas of the UK – in Wales and Lincolnshire – where Xenopus has been released and has established breeding colonies.

Extensive testing of the two UK colonies showed heavy infections with Bd in the Xenopus in these areas.  The researchers commented that “most people, including ourselves, would have expected to find infection in the native amphibians sharing the same habitats.”  However, samples of these frogs, toads and newts gave no evidence of transfer of infection nor of declines in their populations that might have resulted from past disease.

Professor Tinsley emphasised that the results certainly don’t support the ‘out-of-Africa’ theory in the conditions found in the UK.  He said: “Our field studies provide a particularly robust test of the possibility of disease transfer: the population in Wales was established in the wild over half a century ago, so we would have expected any ill-effects to have become evident here.  But, there is still a need for similar comprehensive testing in countries elsewhere in the world where Xenopus has been introduced.”

Despite the lack of transfer of infection from Xenopus, nevertheless Bd has been introduced from other sources into some areas of the UK.  “We still need to understand what prevented the spread of infection from Xenopus in our study areas – potentially including variations between strains of the fungus and natural resistance to these strains by native amphibians.  Knowledge of these factors controlling infection may help in regions where spread of the fungus is occurring rapidly,” Professor Tinsley said.