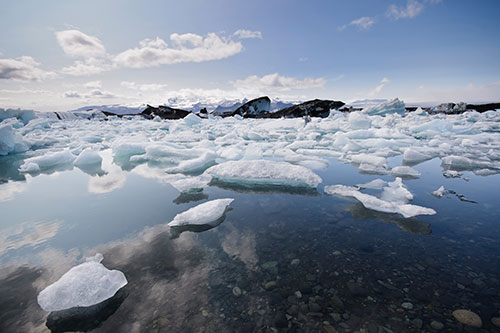 Climate change denial in public discourse may encourage climate scientists to over-emphasise scientific uncertainty and is also affecting how they themselves speak – and perhaps even think – about their own research, a new study from the University of Bristol, UK argues.

Professor Stephan Lewandowsky, from Bristol’s School of Experimental Psychology and the Cabot Institute, and colleagues from Harvard University and three institutions in Australia show how the language used by people who oppose the scientific consensus on climate change has seeped into scientists’ discussion of the alleged recent ‘hiatus’ or ‘pause’ in global warming, and has thereby unwittingly reinforced a misleading message.

The idea that ‘global warming has stopped’ has been promoted in contrarian blogs and media articles for many years, and ultimately the idea of a ‘pause’ or ‘hiatus’ has become ensconced in the scientific literature, including in the latest assessment report of the Intergovernmental Panel on Climate Change (IPCC).

Multiple lines of evidence indicate that global warming continues unabated, which implies that talk of a ‘pause’ or ‘hiatus’ is misleading.  Recent warming has been slower than the long term trend, but this fluctuation differs little from past fluctuations in warming rate, including past periods of more rapid than average warming.  Crucially, on previous occasions when decadal warming was particularly rapid, the scientific community did not give short-term climate variability the attention it has now received, when decadal warming was slower.  During earlier rapid warming there was no additional research effort directed at explaining ‘catastrophic’ warming.  By contrast, the recent modest decrease in the rate of warming has elicited numerous articles and special issues of leading journals.

This asymmetry in response to fluctuations in the decadal warming trend likely reflects what the study’s authors call the ‘seepage’ of contrarian claims into scientific work.

Professor Lewandowsky said: “It seems reasonable to conclude that the pressure of climate contrarians has contributed, at least to some degree, to scientists re-examining their own theory, data and models, even though all of them permit – indeed, expect – changes in the rate of warming over any arbitrarily chosen period.”

So why might scientists be affected by contrarian public discourse?  The study argues that three recognised psychological mechanisms are at work: ‘stereotype threat’, ‘pluralistic ignorance’ and the ‘third-person effect’.

‘Stereotype threat’ refers to the emotional and behaviour responses when a person is reminded of an adverse stereotype against a group to which they belong.  Thus, when scientists are stereotyped as ‘alarmists’, a predicted response would be for them to try to avoid seeming alarmist by downplaying the degree of threat.  Several studies have indeed shown that scientists tend to avoid highlighting risks, lest they be seen as ‘alarmist’.

‘Pluralistic ignorance’ describes the phenomenon which arises when a minority opinion is given disproportionate prominence in public debate, resulting in the majority of people incorrectly assuming their opinion is marginalised.  Thus, a public discourse that asserts that the IPCC has exaggerated the threat of climate change may cause scientists who disagree to think their views are in the minority, and they may therefore feel inhibited from speaking out in public.

Research shows that people generally believe that persuasive communications exert a stronger effect on others than on themselves: this is known as the ‘third-person effect’.  However, in actual fact, people tend to be more affected by persuasive messages than they think.  This suggests the scientific community may be susceptible to arguments against climate change even when they know them to be false.

Professor Lewandowsky said: “We scientists have a unique and crucial role in public policy: to communicate clearly and accurately the entire range of risks that we know about.  The public has a right to be informed about risks, even if they are alarming.

“Climate scientists have done a great job pursuing their science under great political pressure and they have tirelessly rebutted pseudoscientific arguments against their work.  However, sometimes scientists have inadvertently allowed contrarian claims to frame the language of their scientific thinking, leading us to overstate uncertainty and under-communicate knowledge.

“Knowing about one’s own susceptibility to outside pressure is half the battle: our research may therefore enable scientists to recognise the potential for this seepage of contrarian arguments into their own language and thinking.”

The study is published today in Global Environmental Change.