Exploring the archaeology and history of the ‘Westminster Abbey of Wales’ 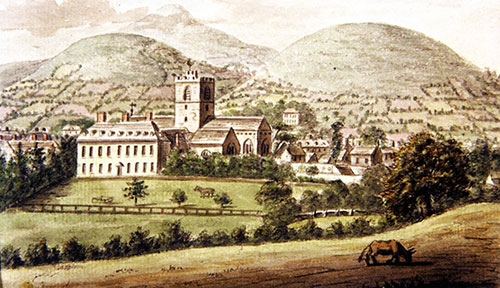 A sketch of the Priory House and Church, dated 1784 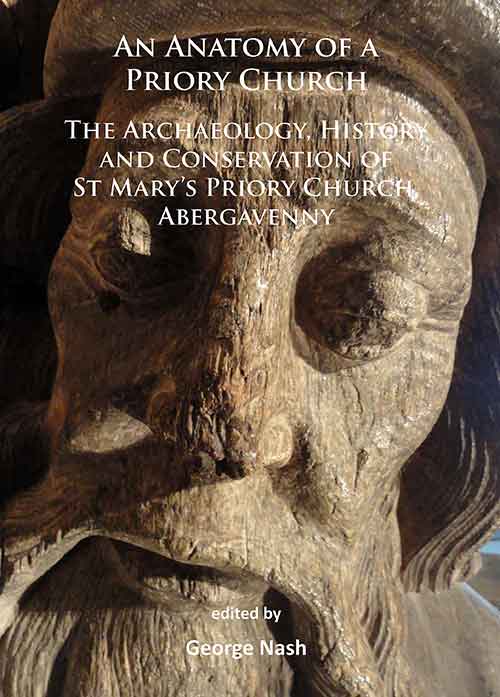 The cover of the book shows the face of the late fifteenth century Jesse statue, made from a single oak trunk

The history, archaeology and conservation of one of Wales' finest medieval buildings – St Mary’s Priory Church, Abergavenny – is the subject of a new book, edited by University of Bristol archaeologist, Dr George Nash.

An Anatomy of a Priory Church: The Archaeology, History and Conservation of St Mary's Priory Church, Abergavenny contains a wealth of information concerning the various programmes of archaeology, restoration and conservation work that have been undertaken at the Priory over the past 25 years.

The book comprises thirteen chapters, written by experts directly involved in the painstaking restoration of this magnificent Grade I listed building, known regionally as the 'Westminster Abbey of Wales'.

Established in the late eleventh century, the Benedictine Priory of St Mary’s Abergavenny has undergone a number of major architectural and structural changes, most recently in the early 1990s.

The original church is believed to stand over Roman remains and a small number of Roman artefacts including pottery were found during excavations in 1999 and 2000.  It was extended in the late fifteenth century when a series of elaborate chest tombs were erected along with the Jesse Tree, an ornately sculpted piece of oak regarded as one of Europe's finest medieval carvings, used as part of a rood screen separating the nave from the choir.

The church was damaged during the Reformation of 1543 and also suffered much superficial vandalism, including the destruction of the medieval stained glass windows, when soldiers of Cromwell's Commonwealth were quartered in Abergavenny during the Civil War.

In 1828-9, the nave and north aisle of the medieval church were converted into a single preaching space and a gallery fitted around the north, west and south walls.  During this restoration, fragments of tombs found lying around the church were fitted together, not always correctly, and displayed.

The nave and north aisle were re-ordered in 1881-2 and there were further subsequent alterations, many replacing the medieval fabric, especially within the nave area.  Various roof coverings were renewed in the early and mid-twentieth century, along with a revamp of the bell tower.

The book was written in honour of the late Jeremy Winston, Vicar of Abergavenny.

An Anatomy of a Priory Church: The Archaeology, History and Conservation of St Mary's Priory Church, Abergavenny is published by Archaeopress, £29.

Dr George Nash is based within the Department of Archaeology and Anthropology at the University of Bristol and is an Associate Professor at IPT in Portugal.  He is also the incumbent Priory Archaeologist at St Mary's Priory Church in Abergavenny in Monmouthshire.