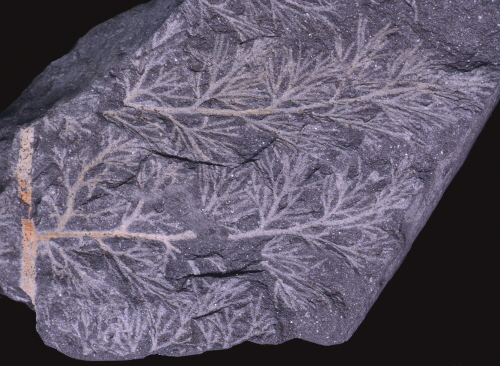 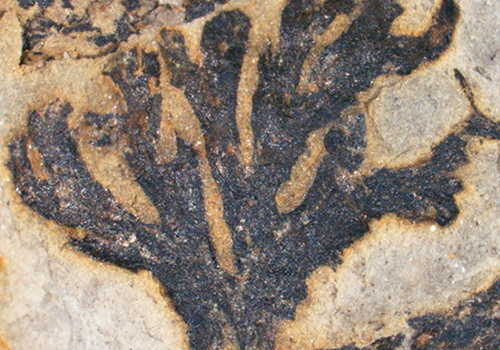 Scientists have shed light on how the origin of vascular plants, more than 400 million years ago, changed the surface of our planet forever.

Many of the intricate plants we see today began life as much smaller and more simple, grass-like vascular plants - land plants that have a tissue system for conducting water and minerals.

Over many millions of years, their structures and complexity has evolved greatly and the conquest of land by early plants contributed to the establishment of the first ecosystems and biogeochemical cycles on Earth.

A new study in the journal Earth-Science Reviews attempts to answer a number of questions relating to plant evolution and were able to identify a stepwise increase in the complexity of leaves, marking two distinct phases in the evolution of early vascular plants.

Academics from the Universities of Bristol, Lincoln and Peking looked in detail at patterns of shape diversification in the leaves of early vascular plants, using a dataset of more than 300 fossil species from South China, ranging in age from 400 to 252 million years ago.

Today, there are 250,000 species of vascular plants with an astounding diversity, ranging from clubmosses to sunflowers and from grass clumps to gigantic trees. They’re an example of a major adaptive radiation, where organisms diversify rapidly into a multitude of new forms.

The research team, led by Dr Jinzhuang Xue (Peking University), Dr Marcello Ruta (University of Lincoln), and Professor Mike Benton (University of Bristol), examined dozens of traits such as leaf shape and proportions, and the arrangement of leaf veins.

During the first phase of plant evolution, from 400 to 320 million years ago, plants began to invade largely empty ecological spaces, and this process was presumably favoured by the lack of intense competition.

In this phase, the complexity of simple and compound leaves increased gradually, in tune with an increase in species richness, an elaboration of plant body’s architecture, and the appearance of several floral types, such as shrubs, lianas, groundcovers, and trees of various sizes.

During the second phase of plant evolution, from 320 to 252 million years ago, simple leaves increased again in complexity, while the complexity of compound leaves appeared to stabilize.

New plant groups made their first appearance, particularly climbing and scrambling plants of humid habitats with leaves resembling those of several modern flowering plants in size, shape, and venation.

Towards the end of this phase, researchers identified a twofold increase in species richness, but no further expansion in the range of leaf types.

Professor Benton, from the School of Earth Sciences at Bristol University, said: “The study has revealed other unexpected findings. First, some groups of early vascular plants from South China developed large laminate leaves - leaves with a conspicuous blade - much earlier than their close relatives in Europe and North America. Second, despite a drop in species diversity some 320 to 300 million years ago, the complexity of leaves remained unaffected during that interval.”