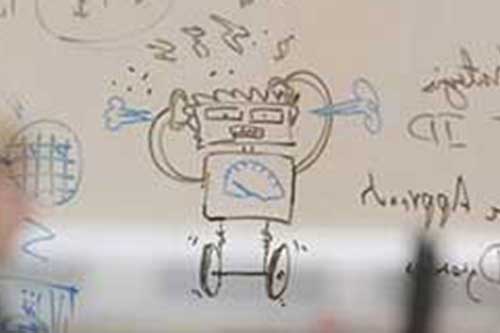 The Network, which includes the Bristol Robotics Laboratory (BRL), will bring together the UK’s core academic capabilities in robotics innovation under national coordination for the first time and encourage academic and industry collaborations that will accelerate the development and adoption of robotics and autonomous systems.

The Network will be unveiled this evening at the Science Museum in London following a public lecture on Robot Ethics, organised by IET Robotics and Mechatronics Network in association with the Science Museum Lates and supported by the EPSRC UK-RAS Network.

The new network has already received strong support by major industrial partners, the Science Museum and the UK’s major professional engineering bodies including Royal Academy of Engineering, IET, and The Institute of Mechanical Engineers. The Network will expand to include broader stakeholders including key national laboratories in the UK and leading international collaborators in both academia and industry. The global market for service and industrial robots is estimated to reach $59.5 billion by 2020.

Commenting on the launch, the UK government’s Minister of State for Universities and Science, Jo Johnson said: “Robotics and autonomous systems have huge growth potential for the UK as one of our Eight Great Technologies.  To get it right we need to draw on the expertise of the UK’s research base and the ambition of industry. By working collaboratively, this network will only help to accelerate growth of a high-tech sector and pave the way for new high-value, skilled jobs – a win, win scenario for the UK.”

The EPSRC UK-RAS Network is funded by the Engineering and Physical Sciences Research Council (EPSRC) – the UK's main agency for funding research in engineering and the physical sciences.  The Network’s mission is to provide academic leadership in Robotics and Autonomous Systems, expand collaboration with industry and integrate and coordinate activities at eight EPSRC-funded RAS dedicated facilities and Centres for Doctoral Training (CDTs) across the UK.

Professor Guang-Zhong Yang PhD, FREng, Director and Co-founder of the Hamlyn Centre for Robotic Surgery at Imperial College London and Chair of the UK-RAS Network commented: “Robotics and Autonomous Systems are set to play an increasing vital role in the growth of the UK economy across all sectors of industry, from transport and healthcare to manufacturing and unmanned systems.  This dedicated network provides a focus for the UK’s research and engineering excellence for the first time, ensuring that the UK can maintain its competitive edge in RAS innovation.”

Kedar Pandya, Head of the Engineering Theme for the Engineering and Physical Sciences Research Council, added: “Working with Innovate UK and other research council partners, EPSRC's mission is to support and invest in the world-leading research base that has earned the UK its deserved reputation for research excellence. Robotics and Autonomous Systems are one of the Eight Great Technologies in which the UK is set to be a global leader, and the technology being developed at these EPSRC-funded RAS facilities will deliver a significant impact on the research landscape, and attract the kind of industrial investment that will maximise the UK’s stake in the worldwide robotics market.”

The Network will organise a wide range of activities including network and strategic roadmap events such as the UK Robotics conference, symposia and focused workshops, public engagement and exhibitions. It will also have extensive online engagement activities using social media and web and user forums. The Network aims to strengthen the relationship with industry by supporting interdisciplinary mobility and industrial secondment and developing proof-of-concept (PoC) projects and running design challenges. There is also a strong emphasis on government policy and high-level engagement with international stakeholders.

About EPSCR UK-RAS Network
The EPSRC UK Robotics and Autonomous Systems Network (UK-RAS Network) is dedicated to robotics innovation across the UK, with a mission to provide academic leadership in Robotics and Autonomous Systems (RAS), expand collaboration with industry, and integrate and coordinate activities at eight Engineering and Physical Sciences Research Council (EPSRC) funded RAS capital facilities and Centres for Doctoral Training (CDTs) across the country.