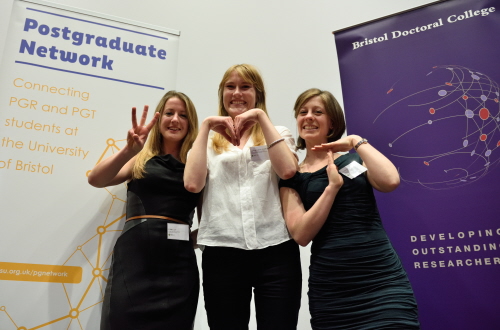 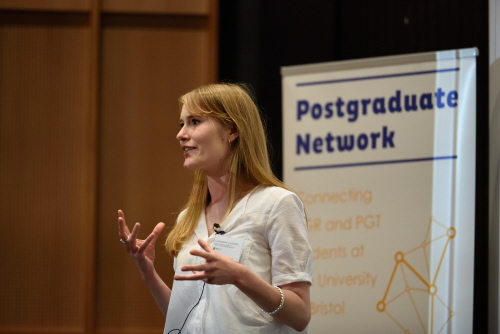 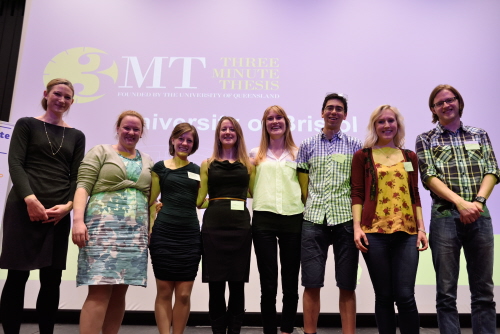 Postgraduate researcher Catherine Gilmore successfully summed up her research into the placenta to be crowned the University of Bristol’s winner of the Three Minute Thesis - a competition challenging postgraduate researchers to present their 80,000-word theses in just three minutes.

Catherine, who’s using a model of the placenta to help understand how best to protect unborn babies from harm, was named the winner in a close-fought affair as eight finalists took to the stage in the Winston Theatre at Bristol SU.

She will now represent the University in the national semi-finals of the Three Minute Thesis (3MT), which is a global academic competition designed to improve participants' presentation and communication skills and raise awareness of their research area.

Using just one slide, contestants are challenged to bring their research to life in an engaging way, using language understandable to a non-specialist audience, before the three-minute bell chimes.

Catherine, from the School of Clinical Sciences, is specifically looking at the placenta's barrier to find out how harmful particles affect the placenta and the unborn baby

The placenta is often referred to as the least understood human organ and yet it is one of the most important, supporting foetal growth and development throughout pregnancy.

In recent years it has emerged that many pregnancy disorders originally attributed to the mother or the foetus, such as miscarriage, are in fact often caused by malfunction of the placenta.

Catherine, who won an iPad for securing first place, said: "I'm delighted to have won, and really surprised because everyone was amazing and the standard was incredible.

"I think it's really important to take scientific research out of the lab, share it with a wider audience and get people excited about science. Presenting my research in the 3MT competition and talking to people about my research has also boosted my motivation to get back in the lab and continue the hard work."

Catherine will go through to a national semi-final on 13 July, where six candidates will be chosen to compete in the UK final to be held at the Vitae Researcher Development International Conference on 8 September.

Emma Liu, from the School of Earth Sciences, scooped second place in the Bristol 3MT with her presentation entitled 'When fire meets ice', looking at how volcanic ash is formed during eruptions to help improve predictions of how ash travels.

Third place went to Audrey Reeves, from the School of Sociology, Politics and International Studies, whose presentation 'Pleasurable war? Wartime heritage as a tourist attraction' discussed the impact of tourism on how we learn about war at major sites such as Checkpoint Charlie and the Imperial War Museum.

The 3MT competition has become hugely successful since it was created by the University of Queensland, Australia, in 2007 and has extended to higher education institutions around the globe.

The Bristol 3MT is organised by the Bristol Doctoral College in collaboration with the Bristol SU Postgraduate Network.