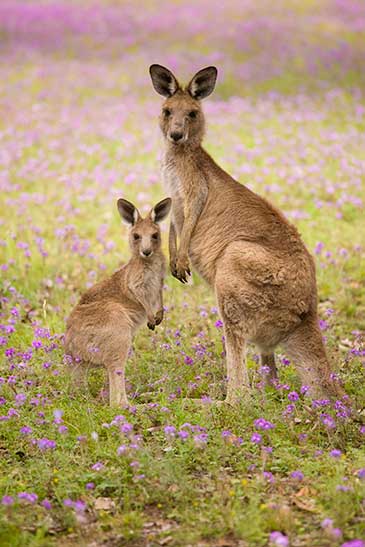 Why is caring for young shared unequally between the sexes in so many animal species? Research from the University of Bristol suggests that small initial differences which predispose one sex to care more are exaggerated once the ability to care evolves. As a result, one sex evolves attributes – such as mammary glands in female mammals or increased brain size in some fish – that enhance the ability to care, and so this sex does most or all of the care.

Patterns of parenting in nature range from care by one parent only (seen in many mammals), to male/female biased care, to care by both parents (seen in many birds).

Parental care involves one of the fundamental conflicts of interest between the sexes.  Care by either partner is beneficial to both partners as it increases the health and survival prospects of the common young; providing care is costly only to the caring individual.  As a result, each partner does best in a situation where most of the care is provided by the other partner—an outcome that is clearly impossible.

Differences in care can be explained by differences in the costs and benefits of caring with two factors currently considered to be the key drivers: certainty of parentage (which decreases the benefit of care for the less certain sex – usually the male) and sexual selection (which increases the cost of care for the sex that can mate again faster).

Professor John McNamara, of the University of Bristol’s School of Mathematics, and Dr Max Wolf of the Leibniz-Institute of Freshwater Ecology and Inland Fisheries, used a modelling approach to show that even in the complete absence of these factors, substantial differences in care are to be expected.

Professor McNamara said: “While the coevolution of care and the ability to care thus predicts strong sex differences in care to emerge, it does not predict which sex is more likely to care.  However, once other factors that give rise to even the slightest differences in the cost and benefits of care between the sexes, such as differences in certainty of parentage, are taken into account, a clear directionality emerges.  The sex with the lower cost or higher benefit of care evolves to both be more able to care and to provide much higher levels of care than the other sex.”

The findings, published today in Proceedings of the Royal Society B, thus suggest that the coevolution of levels of care and the ability to care may be a key factor underlying the evolution of sex differences in caring for young.

'Sexual conflict over parental care promotes the evolution of sex differences in care and the ability to care' by John M. McNamara and Max Wolf in Proceedings of the Royal Society B