War and peace in the ‘princess of Burundi’ 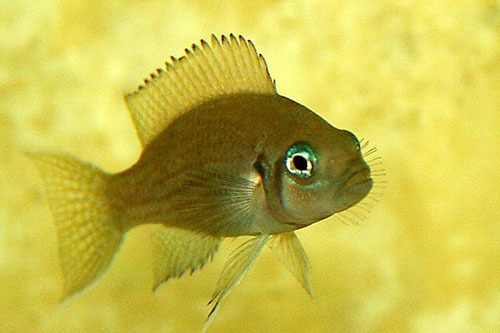 A ‘princess’ (N. pulcher) in an aquarium Susan Rothenberger

Conflict with outsiders promotes affiliation between group members in the ‘princess of Burundi’, an East African fish, according to new research from the University of Bristol, published this week in The American Naturalist. Surprisingly, territorial intrusions by neighbours elicited a stronger reaction than those by strangers.

Despite strong theoretical predictions, evidence for a link between out-group conflict and subsequent within-group behavioural interactions is rare in non-human animals.

Lead researcher Dr Rick Bruintjes of Bristol’s School of Biological Sciences and the University of Exeter said: “Increases in post-conflict affiliation might be important in reducing stress, enhancing cohesion among group members and simultaneously signalling group unity to neighbours.”

The ‘princess of Burundi’ (Neolamprologus pulcher) is a highly social group-living cichlid fish that lives in Lake Tanganyika, Africa.  Groups typically consist of a dominant breeding pair and up to 15 subordinates.

When individuals from other groups intrude, resident fish fiercely defend their home to ensure a safe place to breed, hide and their keep their dominance rank in the group.  Apparently, intrusions by neighbours cause greater post-conflict affiliative response than intrusions by non-neighbours.

Co-author Dr Andy Radford of Bristol’s School of Biological Sciences said: “Although we as humans might feel more comfortable with neighbours rather than strangers visiting our homes, neighbours represent the greater threat to dominance rank and breeding success in our study fish species. Consequently, the stronger within-group bonding in the aftermath of neighbour intrusions makes sense.”

The results show the importance of considering post-conflict behaviour for our understanding of cooperation among group members and the evolution of social structure and behaviour.  Moreover, they demonstrate that it is not just in humans that warfare plays a crucial role in the selection for cooperation and group cohesion.