Can technology help with the UK’s rising healthcare costs? 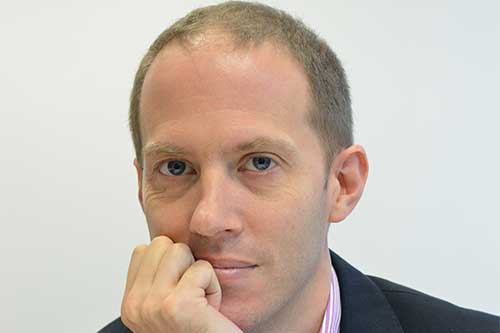 From diabetes to dementia, from depression to AIDS, large segments of the UK’s population are living with conditions that cannot be cured, but must be managed outside of the hospital environment. How technology could transform the future of healthcare will be discussed by Professor Ian Craddock from the University of Bristol at the IEEE World Forum on the Internet of Things (WF-IoT) in Milan, Italy.

Professor Ian Craddock, Director of SPHERE based in the Faculty of Engineering and Managing Director of Toshiba’s Telecommunications Research Laboratory, has been invited to give a keynote talk tomorrow [Tuesday 15 December] about how the Internet of Things will transform health.

The rising cost of healthcare is being driven by long-term health conditions in people of all ages.  To tackle this issue will require new models of care, underpinned by new “Internet of Things” (IoT) technologies that allows the clinical environment not merely to be extended to the community, but also to the home, the workplace and everywhere that the “patient” goes.

Professor Craddock will talk about the implications for the engineers and scientists that are developing these new technologies.  Is security of the technology important or is ease of use paramount and is there a trade-off between those requirements? He will also look at the implications of multi-morbidity, that most patients with one long-term condition have another condition as well.

Using Bristol’s SPHERE (Sensor Platform for HEalthcare in a Residential Environment) project as an example, he will discuss some of the challenges that engineers face working in relatively unfamiliar health and social care domains, as they seek to build the multidisciplinary teams that are needed to produce technology that is not only useful, but also acceptable to the patient.

Professor Craddock said: “My keynote talk will explore why health providers, funders and corporates alike see IoT as a critical element in future health delivery. I will also discuss some of the most likely and compelling application scenarios and will consider the research that is needed to turn current IoT technologies into the game-changers for health that society so desperately needs.”

Professor Craddock’s fellow keynote speakers at this special Institute of Electrical and Electronics Engineers (IEEE) IoT event will include Vint Cerf - one of the three “fathers of the internet”.  The speakers will look at how the internet of the future will transform health, industry, transport and our cities.

About 2015 IEEE World Forum on Internet of Things
The 2015 IEEE 2nd World Forum on Internet of Things (WF-IoT) Enabling Internet Evolution is a unique event for industry leaders, academics and decision-making government officials. The event is designed to examine key critical innovations across technologies which will alter the research and application space of the future. The Internet of Things envisions a highly networked future, where every object is integrated to interact with each other, allowing for communications between objects, as well as between humans and objects, which enables the control of intelligent systems in our daily lives.

Professor Craddock’s keynote talk is entitled Near you, on you and inside you - IoT for future health.

About SPHERE
SPHERE (Sensor Platform for HEalthcare in a Residential Environment) is an interdisciplinary research collaboration (IRC) funded by the EPSRC and led by the University of Bristol, together with the universities of Southampton and Reading.

The £12 million project, which focuses on developing sensor systems to monitor health and wellbeing in the home, is working in partnership with Bristol City Council, IBM, Toshiba and Knowle West Media Centre (KWMC).