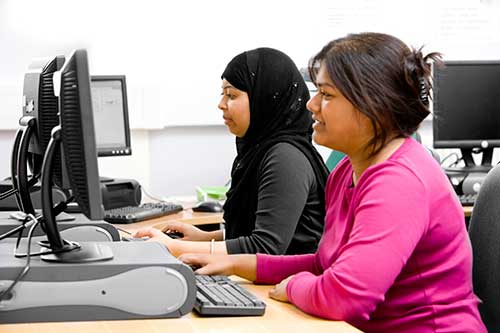 Survey data showed that the unemployment rate among Muslim women was 18 per cent, compared with 9 per cent for Hindu women and 4 per cent for white Christian women, the research said

Discrimination by employers has meant that Muslim women are much more likely to be unemployed than white Christian women even when they have the same qualifications and language abilities, new research from the University of Bristol shows.

Dr Nabil Khattab of Bristol’s School of Sociology, Politics and International Studies told the British Sociological Association’s annual conference in Glasgow today that Muslim women were around 70 per cent more likely to be looking unsuccessfully for work.

Dr Khattab said that they “have experienced greater unemployment, which can be attributed to discrimination in recruiting and hiring practices”.

Survey data showed that the unemployment rate among Muslim women was 18 per cent, compared with 9 per cent for Hindu women and 4 per cent for white Christian women, he said.

Dr Khattab analysed a sample of 2,643 from the survey to compare the rates of those looking for work without success, and his statistical analysis adjusted for these factors in order to compare women with similar educational level and language abilities.

These figures were also adjusted to take into account marital status, whether the women had children and the strength of their religious belief.

“This study utilises data from three sources to explain the employment patterns among Muslim women in the UK,” Dr Khattab told the conference. “It provides a thorough analysis of a wide range of factors that have not been analysed in previous studies such as the impact of language skills and the importance of religion.

“Economic activity among Muslim women in the UK remains considerably lower and their unemployment rate remains significantly higher than the majority group even after controlling for qualifications and other individual characteristics.”

He said that Muslim women’s high visibility was likely to be a key factor in explaining their exclusion: “They wear the hijab or other religious symbols which makes them more visible and as such exposed to greater discrimination.”

He said that by controlling for the religious intensity of Muslim women in the analysis, it was likely that cultural factors such as the reluctance by some to work in certain jobs were ruled out as a reason for their higher unemployment rate.

Dr Khattab’s research drew on three surveys: the overall rate of unemployment comes from the Labour Force Survey (2002-2013) in the UK, with 229,000 responses. He also drew on the Longitudinal Study of Young People in England (2004-2010) and Understanding Society (2009) in the UK for his analysis.