Preferences for manly men and feminine women linked to urbanization 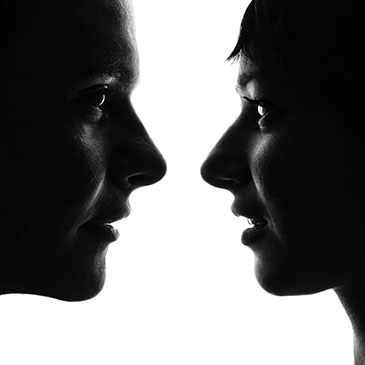 Preferences for highly masculine men and feminine women may emerge only in highly developed environments, according to new research from Brunel University London and the University of Bristol.

Previous studies have suggested a long evolutionary history of sexual and social selection based on preferences for exaggerated sex specific traits. However, after surveying twelve populations of varying economic development located around the world, the researchers report that preferences for exaggerated sex specific traits were found only in highly developed environments.

Nine hundred and sixty-two participants were shown sets of three opposite-sex composite photographs, that had been digitally manipulated to show varying levels of masculinity and femininity.

For each set of photographs, representing five different ethnic groups, participants were asked which face was most attractive, and which appeared most aggressive.

These data challenge the theory that exaggerated sex specific traits were important for social and sexual selection in ancestral environments.

The authors speculate that highly developed environments with large, dense populations may expose individuals to more unfamiliar faces, perhaps providing the opportunity – and motive – to discern subtle relationships between facial traits and behaviour.

The study, led by Dr Isabel Scott of Brunel University London who completed her PhD at the University of Bristol, was conducted by an international team of researchers including Bristol colleagues Professor Ian Penton-Voak of the School of Experimental Psychology, Dr Mhairi Gibson of the Department of Archaeology and Anthropology and Professor Innes Cuthill of Bristol's School of Biological Sciences.

The study is published today in PNAS.