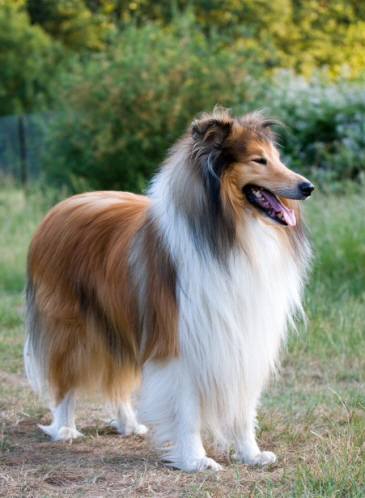 The effect of movies featuring dogs on the popularity of dog breeds can last up to ten years and is correlated with the general success of the movies, according to new research from the University of Bristol, the City University of New York, and Western Carolina University.

The study, published today in PLOS ONE, also found that movies' influence was strongest in the early twentieth century and has declined since.

The researchers used data from the American Kennel Club, which maintains the world’s largest dog registry totalling over 65 million dogs, and analysed a total of 87 movies featuring dogs. They found that the release of movies is often associated to an increase in popularity of featured breeds over periods of one, two, five, and ten years.

Additionally, they found that these trend changes correlated significantly with the number of viewers during the movie’s opening weekend, considered as a proxy of the movie’s reach among the general public.  This suggests that viewing a movie may cause a long-lasting preference for a breed that can be expressed years later, when the time comes to buy a new dog.

The impact of movies has been large.  The ten movies with the strongest ten years effect were associated, the authors found, with changes in registration trends such that over 800,000 more dogs were registered in the ten years after movie release than would have been expected from pre-release trend.

The 1943 hit Lassie Come Home is associated, in the following two years, with a 40 per cent increase of Collie registrations in the American Kennel Club.  An even more dramatic example is the 100-fold increase in Old English Sheepdog registrations following the 1959 Disney movie The Shaggy Dog.

Professor Stefano Ghirlanda, lead author of the study said: "We focused on changes in trend popularity rather than on popularity itself to avoid attributing to movies trends that were already ongoing before movie release, as up-trending breeds may have been chosen more often for movies."

The team also discovered a general decrease during the century of movies' influence on the success of dog breeds.  Earlier movies are associated with generally larger trend changes than later movies.  This might be due to an increased competition with other media, such as television, and more recently, the internet, but also to an increased competition among movies. Movies featuring dogs were released at a rate of less than one per year until about 1940 but a rate of more than seven per year by 2005.

The authors had previously shown how dynamics in dog breed popularity are subject to the erratic fluctuations typical of fashion and fads. For example, they discovered that the more rapidly puppy registrations increased, the more rapidly their popularity declined, a phenomena also found for baby names popularity.

Additionally, they showed that popularity of breeds is unrelated to breed temperament and health.  Hal Herzog, co-author of the paper said: "On the whole, breeds with more desirable behaviours, greater longevity, and fewer inherited genetic disorders did not become more popular than other breeds.  In short, cultural shifts in types of pets largely reflect ephemeral changes in fashion rather than selection for functional traits."

Cultural dynamics are often considered too whimsical to be subject of scientific enquiry but, the authors argue, studies like this demonstrate that influences on popular culture can be detected and quantified, given the right data.

But what are the consequences for the dogs?  Dr Alberto Acerbi, a Newton Fellow in the Department of Archaeology and Anthropology at the University of Bristol and co-author of the paper said: "If people buy en masse dogs because they appear in movies the consequences can be negative for the dogs themselves.  Our previous study found that the most popular breeds had the greatest number of inherited disorders.

"It's not surprising that we tend to follow social cues and fashions, as this is a quite effective strategy in many situations.  However, in particular cases the outcomes can be negative.  When choosing a new pet, we may want to act differently."