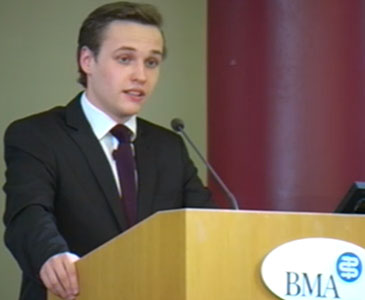 The Committee represents over 27, 000 medical students to UK Government and other policy stakeholders on issues concerning the finance, education and welfare of medical students across the UK. Being elected to a second term is a rare occurrence.

One important issue the Committee will tackle is widening participation, something for which Carter already has a track record: he has served on the Selecting for Excellence Executive Group, which reports to the Minister for the NHS, Dr Dan Poulter, and is tasked with providing a solution to the access problem. He also worked as the Director of Policy and Advocacy for Medsin-UK, a global health student network, from 2012-2013.

Carter has a strong interest in basic science research and was awarded the UK Intercalated Degree Award by Kidney Research UK in 2013.