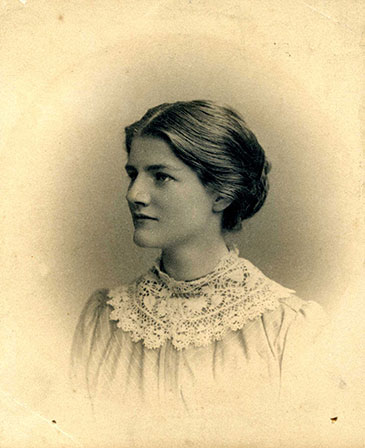 Elizabeth Casson (1881–1954), the first female doctor of medicine to graduate from the University of Bristol and a pioneer of occupational therapy, has been given a place in the Oxford Dictionary of National Biography, the national record of men and women who have shaped British history and culture, worldwide, from the Romans to the twenty-first century.

An entry on this remarkable woman, written by Dr Victoria Bates of Bristol's Department of History, appears in the annual updates to the Dictionary published online today.

Elizabeth Casson (1881-1954) registered at the University of Bristol on 1 October 1913 and qualified as a doctor in 1919.  She then took up a resident appointment at the West Herts Hospital in Hemel Hempstead where she first noticed the benefits of giving patients some voluntary artistic and occupational activities during treatment.  Her interest in the nascent health care discipline of occupational therapy developed over the following decade.

In 1929, she founded Dorset House in Clifton, Bristol as a residential clinic for women with mental disorders and, a year later, launched the UK's first school of occupational therapy at the same location.  There, she led occupational and artistic therapies for the promotion of psychological wellbeing, including such activities as dance, drama, and countryside excursions.

After a successful trial of the therapy at Southmead Hospital, north Bristol in 1936, she was appointed an honorary consultant in occupational therapy there.  In 1939, she also set up the Allendale Curative Workshop in Bristol, where craft activities were used to help treat orthopaedic injuries and fractures.

The original Dorset House school and treatment facility grew in size, with about 800 patients resident over the period 1929–41.  When it relocated to Oxford in 1946 after the Bristol premises sustained war damage, Casson moved her patients to St Margaret’s in Clevedon, Somerset, which she personally subsidized to maintain low rates for those requiring treatment.  In 1949, she created the Elizabeth Casson Trust for the purposes of continuing education and treatment in occupational therapy.

Dr Bates said: "Researching Elizabeth Casson has been a great pleasure, as the archives are brimming with stories of her artistic flair, personality quirks and of the formidable personality that made her a force with which to be reckoned."

About the Oxford Dictionary of National Biography

The Oxford Dictionary of National Biography is the national record of men and women who have shaped all walks of British life from the Romans to the 21st century. The dictionary is updated three times a year with new biographies.

The next update will be published on 8 January 2015 and will include biographies of 233 men and women who died in the year 2011.

The Oxford DNB online is freely available in public libraries across the UK. Public libraries offer 'remote access', allowing library members to log-in and read the dictionary online—at home or anywhere—at any time.