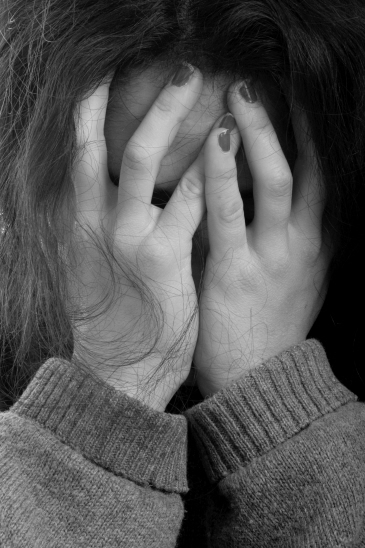 Those who self-harm as teenagers are more at risk of developing mental health and substance misuse problems as adults, new research from the biggest study of its kind in the UK has revealed.

Researchers at the University of Bristol, working together with colleagues from the University of Oxford and University College London, collected data from 4,799 adolescents as part of Children of the 90s - one of the world’s largest population studies - to examine the outcomes of self-harm for the first time.

The research paper, funded by the Medical Research Council and published online in the BMJ today [22 October], reveals that almost a fifth (19 per cent) of 16-year-olds who took part in the study had a history of self-harm and most had not sought help from health professionals.

Examining their progress over the following five years showed that even those who self-harmed without suicidal intent had an increased risk of developing mental health problems, such as depression and anxiety, compared with adolescents who had not self-harmed.

They were also more likely to self-harm in the future and to have substance misuse problems, such as using illegal drugs, smoking and drinking too much.

Those who self-harmed with suicidal intent were also more at risk of poorer GCSE and A-level results and were less likely to be in further education, training or employment three years later.

Dr Becky Mars, who led the research at Bristol University’s School of Social and Community Medicine, said: “We’ve shown for the first time that adolescents who self-harm are more vulnerable to a range of adverse conditions in early adulthood. While we cannot say that self-harm directly causes such problems, it’s certainly a sign that all is not well and professionals need to be aware of such behaviour and identify it early.

“There is widespread lack of understanding amongst health and teaching professionals about those who self-harm without intending to take their lives. It should not be dismissed or viewed as trivial, as it could be a warning sign for suicidal behaviour or other problems later in life. These new findings highlight the importance of self-harm and the need for better understanding among professionals likely to come across youngsters who self-harm.”

The Medical Research Council (MRC) has been at the forefront of scientific discovery to improve human health. Founded in 1913 to tackle tuberculosis, the MRC now invests taxpayers’ money in some of the best medical research in the world across every area of health. Twenty-nine MRC-funded researchers have won Nobel prizes in a wide range of disciplines, and MRC scientists have been behind such diverse discoveries as vitamins, the structure of DNA and the link between smoking and cancer, as well as achievements such as pioneering the use of randomised controlled trials, the invention of MRI scanning, and the development of a group of antibodies used in the making of some of the most successful drugs ever developed. Today, MRC-funded scientists tackle some of the greatest health problems facing humanity in the 21st century, from the rising tide of chronic diseases associated with ageing to the threats posed by rapidly mutating micro-organisms.