Leadership and the city: how an elected mayor has improved visibility 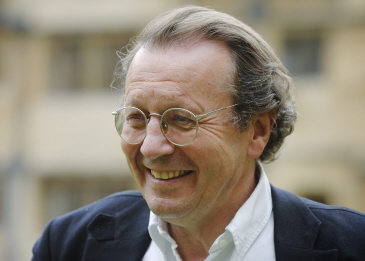 Having a directly elected mayor in Bristol has led to a huge increase in the visibility of leadership in the city, according to a unique study which has gauged public opinion before and after the creation of the new mayoral system.

New data reveals that more than two thirds of Bristol citizens now say that the city has visible leadership, compared with less than one quarter before the introduction of mayoral governance.

However, increases in visibility are not necessarily matched by increases in public support for other aspects of Bristol’s governance. Less than a quarter of people say that they trust the council to make good decisions, or that their community is well represented in decision-making in the city.

These are the latest insights from the Bristol Civic Leadership Project - an independent study of leadership in the city carried out by local democracy experts at the University of Bristol and UWE Bristol.

Findings are being presented in a mayoral policy briefing (PDF, 428kB) document which aims to influence national policy on city leadership. The insights are especially relevant because Bristol was the only city to vote ‘yes’ for a directly elected mayor out of the 10 which held a referendum in 2012.

Dr David Sweeting, Senior Lecturer in Urban Studies at the University of Bristol, and co-author of the policy briefing, said: “This striking increase in the public profile of city leadership is a considerable boost to those who argued for the introduction of a directly elected mayor to lead the city.

“They will see this increase as evidence that the mayoral model can stimulate public interest in civic affairs. We have yet to see, however, evidence that enhanced visibility is translating into across-the-board improvements in perceptions of Bristol’s governance.”

The project is designed to be the first ever ‘before and after’ study of the impact a directly elected mayor can have on urban governance.

It aims to work through the practical implications of the introduction of the new system in the city, with a view to maximising its benefits and mitigating its disadvantages.

Robin Hambleton, Professor of City Leadership at UWE Bristol, also co-author of the policy briefing, added: “The exciting thing about this project is that, as well as generating benefits for Bristol, there is potential to feed lessons from our city into the national debates about how to develop the capacity of our cities to govern themselves.

“This is especially important just now because there is growing recognition that devolution from Whitehall can deliver better outcomes than our current over centralised system.”

Next steps will see the researchers working closely with stakeholders in the city to think through the practice of mayoral governance.

A report, to be published in 2015, will assess perceptions of the performance of the mayoral model of governance and will include suggestions on how it might be improved. This will be followed by a national seminar to disseminate findings from Bristol to a wider audience.

Results of the survey

About the Bristol Civic Leadership Project