Myth-conceptions: How myths about the brain are hampering teaching 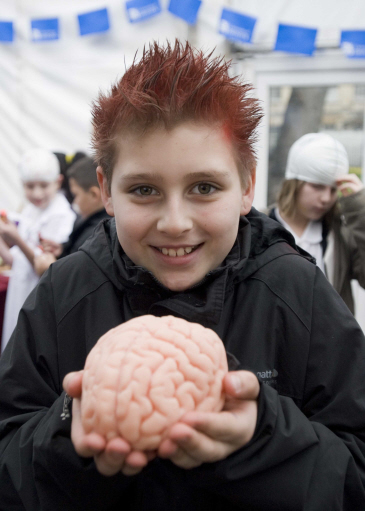 Myths about the brain are common among teachers worldwide and are hampering teaching, according to new research published today [15 October].

Teachers in the UK, Holland, Turkey, Greece and China were presented with seven so-called ‘neuromyths’ and asked whether they believe them to be true.

Over 70 per cent of teachers in all countries wrongly believe a student is either left-brained or right-brained, peaking at 91 per cent in the UK.

And almost all teachers (over 90 per cent in each country) feel that teaching to a student’s preferred learning style - auditory, kinaesthetic or visual - is helpful, despite no convincing evidence to support this approach.

The new research from the University of Bristol, published in Nature Reviews Neuroscience, calls for better communication between neuroscientists and educators.

Dr Paul Howard-Jones, author of the article from Bristol University’s Graduate School of Education, said: “These ideas are often sold to teachers as based on neuroscience – but modern neuroscience cannot be used support them. These ideas have no educational value and are often associated with poor practice in the classroom.”

The report blames wishfulness, anxiety and a bias towards simple explanations as typical factors that distort neuroscientific fact into neuromyth.

Such factors also appear to be hampering recent efforts of neuroscientists to communicate the true meaning of their work to educators.

Dr Howard-Jones added: “Although the increased dialogue between neuroscience and education is encouraging, we see new neuromyths on the horizon and old ones returning in new forms.

“Sometimes, transmitting ‘boiled-down’ messages about the brain to educators can just lead to misunderstanding, and confusions about concepts such as brain plasticity are common in discussions about education policy.”

The report highlights several areas where new findings from neuroscience are becoming misinterpreted by education, including brain-related ideas regarding early educational investment, adolescent brain development and learning disorders such as dyslexia and ADHD.

Hopes that education will draw genuine benefit from neuroscience may rest on a new but rapidly growing field of ‘neuroeducational’ research that combines both fields.

The review concludes that, in the future, such collaboration will be greatly needed if education is to be enriched rather than misled by neuroscience.

‘Neuroscience and education: myths and messages’ by Paul A. Howard-Jones in Nature Reviews Neuroscience.

Seven of the neuromyths presented to teachers in the UK, Holland, Turkey, Greece and China were: