Should the role of afforestation in climate change mitigation policy be re-evaluated? 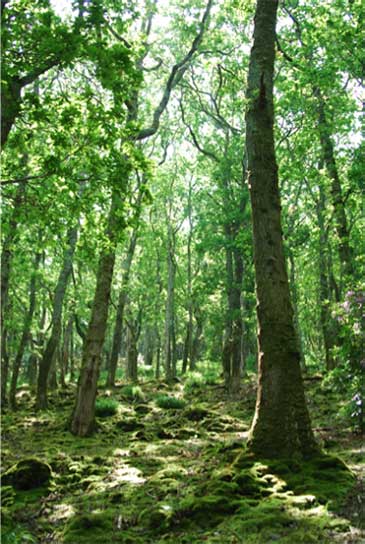 Afforestation (planting trees) to mitigate climate change could cause warming rather than cooling globally due to non-carbon effects of land use change, according to new research from the University of Bristol.

Global land use change and its interaction with the climate system is recognised as an important component of the Intergovernmental Panel on Climate Change (IPCC)’s future climate scenarios.

New research led by T Davies-Barnard of Bristol’s Cabot Institute investigated the full effects of carbon and non-carbon impacts of land use change in the representative concentration pathways (RCPs), a range of socioeconomic scenarios for future climate.

The research team used an earth system model to investigate global temperature sensitivity to land use change in the RCP scenarios.  Their study, published in Environmental Research Letters, is the first to assess the effect of land use in both afforestation and deforestation scenarios for the RCPs.

They found that in RCP 4.5, a mid-range future climate projection that includes afforestation to help mitigate climate change, the land use change resulted in a small net positive warming.

This was primarily due to the addition of new forest in mid-latitudes, which decreased the albedo (reflectivity of the earth’s surface) and increased local and global temperature.

This small net gain in global temperature could mean that RCP 4.5’s universal carbon tax, a proposed mitigation policy that incentivizes growing and preserving forest, may be counter-productive with respect to climate change.

Dr Davies-Barnard said: “Without looking at the full effects of land use change, afforestation policies to reduce climate warming could actually do the opposite.”

However, the researchers also recognise that afforestation and the avoidance of deforestation would undoubtedly have wider environmental benefits, such as preserving biodiversity and maintaining ecosystem services.

Dr Davies-Barnard said: ”Our work shows a small warming from forest preservation and expansion, but is that really the most important thing when considering the loss of unique and irreplaceable tropical forests?”

This study has shown that non-carbon impacts of land use change make a small but important contribution which has been overlooked in the RCPs and, thus, their effects need to be considered in future climate change scenarios.