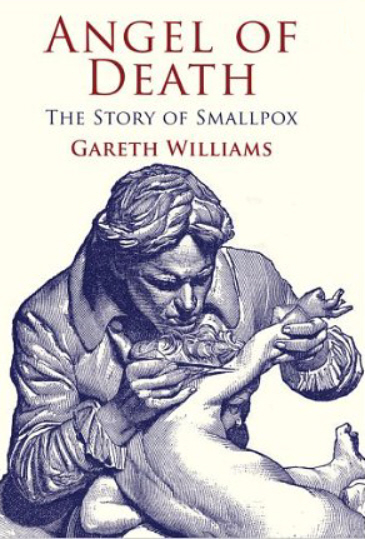 Smallpox, the only viral disease in humans to be completely eradicated globally, is hitting the headlines this week as health ministers from around the world decide whether the last two remaining laboratory samples should be destroyed.

As an expert on the history of the disease, Gareth Williams, Emeritus Professor of Medicine at the University of Bristol, has been quoted widely on the subject and is calling on the World Health Organisation (WHO) to finally order the virus’s total destruction.

His book Angel of Death: The Story of Smallpox tells the tale of how the deadly disease that killed millions of people throughout history was finally defeated. At its height, smallpox killed one in 12 people and mutilated hundreds of millions more.

The General Assembly of the WHO will take a vote tomorrow [23 May] on whether to eradicate the variola virus completely by ordering the incineration of stockpiles in Russia and the United States, which are kept under an agreement signed in 1983 when Ronald Reagan was US President and the Soviet Union was still a country.

Smallpox was one of the most feared infectious diseases and killed an estimated 300 million people in the 20th century alone. It is easily transmitted through the air and there is no effective treatment, although it can be prevented by vaccination, which was how it was finally eradicated in 1980.

Professor Williams has written a comment piece for New Scientist, is quoted in The Independent and will be interviewed on BBC Radio 4’s PM programme this evening shortly after 5pm.

Gareth Williams is Emeritus Professor of Medicine and former Dean of the Faculty at the University of Bristol. He has written and co-authored over 20 books, including the Textbook of Diabetes (BMA Book of the Year 1997) and has contributed to more than 30 others, including the Oxford Textbook of Medicine. Angel of Death: The Story of Smallpox was shortlisted for the Wellcome Trust Book Prize in 2010 and his book book Paralysed with Fear: the Story of Polio recently helped to form the script for a BBC2 documentary about the disease called The Battle to Beat Polio.