Getting stuck in for Shanghai 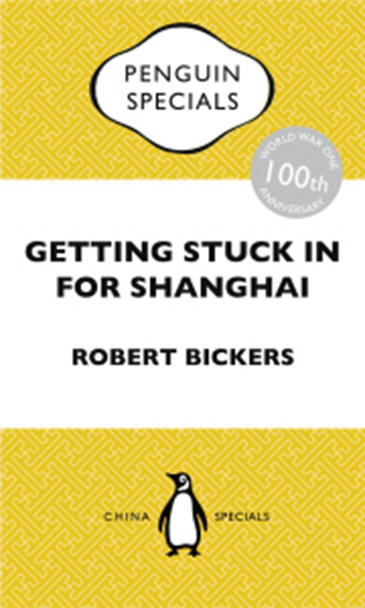 As we commemorate the centenary of the First World War, University of Bristol historian Professor Robert Bickers explores the contradictions, patriotic fervour and battlefield experiences of the largest contingent of Shanghai British to fight the Kaiser’s forces in Europe, and the story of the city they left behind.

After 1914, between tiffin and a day at the race track, the British in Shanghai enjoyed a life far removed from the horrors of the Great War.  Shanghai’s status as a treaty port – with its foreign concessions home to expatriates from every corner of the globe – made it the most cosmopolitan city in Asia.

The city’s inhabitants on either side of the conflict continued to mix socially after the outbreak of war, the bond amongst foreign nationals being almost as strong as that between countrymen.  But as news of the slaughter, and in particular the sinking of the Lusitania, spread to the Far East their ambivalence turned to antipathy.

Getting Stuck in for Shanghai: Putting the Kibosh on the Kaiser from the Bund by Robert Bickers is one of a set of China Specials published by Penguin Books China exploring different aspects of that country’s experiences during the First World War.

It is available in ebook and is part of the new wave of the iconic Penguin Specials range which aims to be short, informative and entertaining in a digital format.

Professor Bickers said: "The book’s about the British in Shanghai and their war, but tracing the people I wrote about led me far and wide, and even back to Bristol itself. It reinforced a point my research on the history of relations between Britain and China is increasingly exploring: how our histories are intertwined, and how you can find traces and legacies of this historic British experience of China in cities like Bristol."

Professor Robert Bickers is a historian at the University of Bristol.  He specialises in modern China and the history of colonialism. Previous published works in this area include the books Britain in China (1999), Empire Made Me: An Englishman adrift in Shanghai (2003) and The Scramble for China: Foreign Devils in the Qing Empire, 1832-1914 (2011).

He is a Co-Director of the British Inter-University China Centre and the ‘Historical Photographs of China project’ project, a virtual online archive of Chinese life which gives users the opportunity to explore and interact with more than 9,000 digitised photos of China taken between 1850 and 1950.