Deciphering the role of fat stem cells in obesity and diabetes 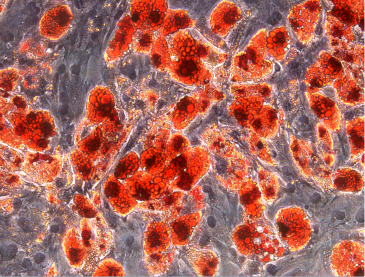 With three million people dying worldwide each year as a direct result of being overweight or obese, a new study will look at stem cells to pinpoint how excess fat is stored – potentially paving the way for new treatments to combat killer diseases associated with obesity.

The ground-breaking research is thanks to an international collaboration between the University of Bristol and the Anti-Doping Laboratory Qatar (ADLQ). The three year project has received around £536,000 funding from the Qatar National Research Fund (QNRF).

Authorities in Qatar are keen to take action as obesity in the country has increased seven fold in the last 20 years, with 70 per cent of the population now classified as overweight. This puts them at greater risk of suffering from serious health issues such as diabetes, cancer and heart disease.

Researchers from the University of Bristol will specifically look at two groups of obese patients – those which have a normal response to insulin and those who have an increased risk of developing type 2 diabetes.

They want to shed light on the mechanism underlying the association between increased fat build-up and how the body responds to insulin.

Recent interest has focused on trying to stratify obesity into groups with varying degrees of disease risk.  By understanding the mechanisms that underlie these differences, the most appropriate therapeutic strategies can be adopted for treating these different groups.

Dr Wael Kafienah, from the University of Bristol’s School of Cellular and Molecular Medicine, explained: “We know that around 30 per cent of obese patients do not develop diabetes and are metabolically healthy. We want to find out what’s happening at a molecular level to establish why some obese people have a level of protection against serious problems such as diabetes, coronary artery disease, cancer and heart disease.

“We suspect that the origins of the problem can be traced to early events taking place in the stem cells that replenish fat cells. What we discover may be shared mechanistically with other tissues in the body, which could potentially lead to treatments for other diseases associated with obesity.”

Researchers in Qatar, led by Dr Mohamed Elrayess from ADLQ, will isolate stem cells from fat tissue biopsies taken from various anatomical locations in patients undergoing weight reduction surgery and send them over to the University of Bristol for further analysis.

Qatar Foundation is a non-profit organisation founded in 1995 and funded by Qatar Government.  It has been spearheading Qatar's drive to make itself a leader in education, science, community development and the arts in the region and beyond.  Qatar National Research Fund (QNRF), part of the Qatar Foundation, funds and supports original, competitively selected research by both local and international researchers for projects that fit with Qatar's national research strategy and address topics of international concern.