High CO2 levels cause warming in the tropics 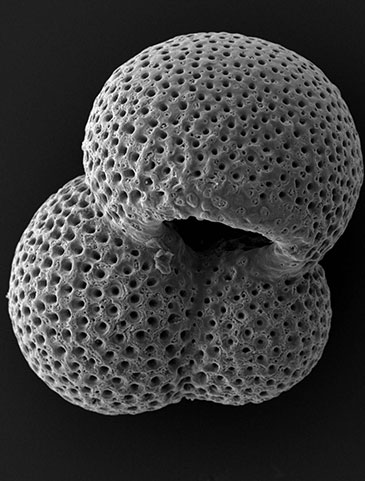 Higher concentrations of carbon dioxide (CO2) in the atmosphere cause warming not only at high latitudes but also across tropical regions, according to new research by scientists at the University of Bristol's Cabot Institute and their collaborators.

The new results, published today in Nature Geoscience, contradict those previous studies and indicate that tropical sea surface temperatures were warmer during the early-to-mid Pliocene, an interval spanning about 5 to 3 million years ago.

The Pliocene is of particular interest because CO2 concentrations then were thought to have been about 400 parts per million, the highest level of the past 5 million years but a level that was reached for the first time last summer due to human activity.  The higher CO2 levels of the Pliocene have long been associated with a warmer world, but evidence from tropical regions suggested relatively stable temperatures.

Project leader and Director of the Cabot Institute, Professor Richard Pancost said: "These results confirm what climate models have long predicted – that although greenhouse gases cause greater warming at the poles they also cause warming in the tropics.  Such findings indicate that few places on Earth will be immune to global warming and that the tropics will likely experience associated climate impacts, such as increased tropical storm intensity."

The scientists focussed their attention on the South China Sea which is at the fringe of a vast warm body of water, the West Pacific Warm Pool (WPWP).  Some of the most useful temperature proxies are insensitive to temperature change in the heart of the WPWP, which is already at the maximum temperature they can record.  By focussing on the South China Sea, the researchers were able to use a combination of geochemical records to reconstruct sea surface temperature in the past.  Not all of the records agree, however, and the researchers argue that certain tools used for reconstructing past ocean temperatures should be re-evaluated.

The paper's first author, Charlotte O’Brien added: "It's challenging to reconstruct the temperatures of the ocean many millions of years ago, and each of the tools we use has its own set of limitations.  That is why we have used a combination of approaches in this investigation.  We have shown that two different approaches agree – but a third approach agrees only if we make some assumptions about how the magnesium and calcium content of seawater has changed over the past 5 million years.  That is an assumption that now needs to be tested."

The work was funded by the UK’s Natural Environment Research Council and is ongoing.

Dr Gavin Foster at the University of Southampton is particularly interested in coupling the temperature records with improved estimates of Pliocene carbon dioxide levels.  He said: "Just as we continue to challenge our temperature reconstructions we must challenge the corresponding carbon dioxide estimates.  Together, they will help us truly understand the natural sensitivity of the Earth system and provide a better framework for predicting future climate change."

The Cabot Institute carries out fundamental and responsive research on risks and uncertainties in a changing environment.  It drives new research in the interconnected areas of climate change, natural hazards, water and food security, low carbon energy, and future cities.   Its research fuses rigorous statistical and numerical modelling with a deep understanding of social, environmental and engineered systems – past, present and future.  It seeks to engage wider society by listening to, exploring with, and challenging its stakeholders to develop a shared response to twenty-first century challenges.