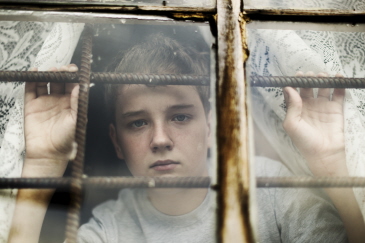 The percentage of households who fall below society’s minimum standard of living has increased from 14 per cent to 33 per cent over the last 30 years, despite the size of the economy doubling. This is one of the stark findings from the largest study of poverty and deprivation ever conducted in the UK.

The Poverty and Social Exclusion in the United Kingdom (PSE) project, led by the University of Bristol and funded by the Economic and Social Research Council (ESRC]), has shown that full-time work is not always sufficient to escape from poverty and calls on the government to take action.

Experts will discuss the findings, looking at trends from the past 30 years, and how best to tackle the problems at the 3rd Peter Townsend Memorial Conference which begins in London today [19 June].

The PSE standard of living survey results show that more than one in every five (22 per cent) children and adults were poor at the end of 2012. They had both a low income and were also ‘multiply deprived’ - suffering from three or more deprivations such as lack of food, heating and clothing due to a lack of money.

Professor David Gordon, from the Townsend Centre for International Poverty Research at the University of Bristol, said: “The Coalition Government aimed to eradicate poverty by tackling the causes of poverty.  Their strategy has clearly failed. The available high quality scientific evidence shows that poverty and deprivation have increased since 2010, the poor are suffering from deeper poverty and the gap between the rich and poor is widening.”

Far more households are in arrears on their household bills in 2012 (21 per cent) than in 1999 (14 per cent).  The most common bills in arrears now are utility bills, council tax and mortgage/rent.

Results from the PSE project dispel the myth, often conveyed by government ministers, that poverty in general and child poverty in particular is a consequence of a lack of paid work – a result of shirking rather than striving.

It found that the majority of children who suffer from multiple deprivations – such as going without basic necessities, having an inadequate diet and clothing - live in small families with one or two siblings, live with both parents, have at least one parent who is employed, are white and live in England.

More than one in four adults (28 per cent) have skimped on their own food in the past year so that others in the household may eat. Despite this over half a million children live in families who cannot afford to feed them properly.

In 93% of households where children suffer from food deprivation, at least one adult skimped on their own food ‘sometimes’ or ‘often’ to ensure others have enough to eat. Women were more likely to cut back than men - 44 per cent of women had cut back on four or more items (such as food, buying clothes and social visits) in the last 12 months compared to 34 per cent of men.

Professor Jonathan Bradshaw, from the University of York, said: “The research has shown that in many households parents sacrifice their own welfare - going without adequate food, clothing or a social life - in order to try to protect their children from poverty and deprivation.”

Wages are low and working conditions are bad in many parts of the UK. One in every six (17 per cent) adults in paid work are poor – they suffer from both a low income and cannot afford basic necessities.

For a large number of people, even full-time work is not sufficient to escape from poverty. Almost half of the working poor work 40 hours a week or more.  One third of adults currently in employment (35 per cent) are in ‘exclusionary work’ - in poverty, in low quality work and/or have experienced prolonged periods of unemployment in the last five years.

Nick Bailey, from the University of Glasgow, said: “The UK government continues to ignore the working poor; they do not have adequate policies to address this growing problem.”

Although more people today see a range of public services as ‘essential’ than in 1999, including libraries, sports centres, museums, galleries, dentists and opticians, the use of many services has declined since 1999 primarily due to reduced availability, cost or inadequacy.

Professor Glen Bramley, from Herriot-Watt University, said: “It is worrying that in the 21st century more than 40 per cent of households who want to use meals on wheels, evening classes, museums, youth clubs, citizens’ advice or special transport cannot do so due to unavailability, unaffordability or inadequacy.”

The situation is of course not all bad.  Usage and adequacy of a few universal services such as buses, trains, corner shops and most children’s services has risen since 1999.

Northern Ireland, Legacies of the Troubles

In Northern Ireland, the PSE living standards survey had a special section on people’s experience of violent events during the ‘Troubles’. This looked at death and injury of close friends and relatives, witnessing violence such as bomb explosions or assaults, imprisonment and other events such as moving house because of threats, attack or intimidation.

Experience of violent events in the past increased the chances of suffering from ‘multiple deprivation’ in the present.

Overall, more than a quarter of adults in Northern Ireland (26 per cent) lacked three or more necessities but for those who lost a close friend, the deprivation rate is 36 per cent.

Professor Mike Tomlinson, from Queen’s University Belfast, said: “Research in many parts of the world has shown that violent conflicts can result in long term problems of poverty and deprivation.  This is what has happened in Northern Ireland.  The evidence is clear. ‘Dealing with the past’ needs to include tackling the deprivation of those whose lives are most blighted by the years of conflict.”

Details of the PSE survey

The full living standards questionnaire can be downloaded from the PSE website.

The Economic and Social Research Council (ESRC) funds research into the big social and economic questions facing us today. We also develop and train the UK’s future social scientists. Our research informs public policies and helps make businesses, voluntary bodies and other organisations more effective. Most important, it makes a real difference to all our lives. The ESRC is an independent organisation, established by Royal Charter in 1965, and funded mainly by the Government.