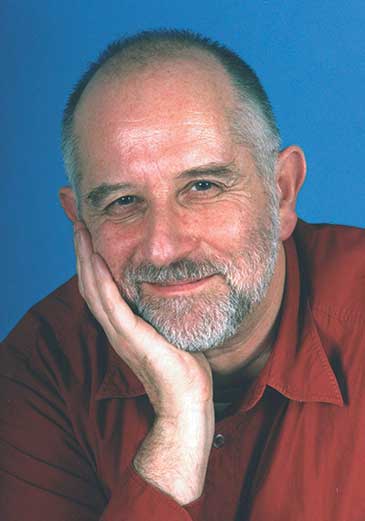 Sir Michael Berry, Emeritus Professor of Physics at the University of Bristol, has been awarded the 2014 Lorentz medal by the Royal Netherlands Academy of Arts and Sciences.

The Lorentz medal is awarded every four years to a scientist in recognition of important contributions to theoretical physics.  Of the 21 laureates so far, eleven subsequently won the Nobel Prize.

The Lorentz medal award was established on 11 December 1925 on the occasion of the fiftieth anniversary of the doctorate of Hendrik Antoon Lorentz (1853-1928), Nobel laureate and founding father of theoretical physics in the Netherlands.

On 11 December 1875, Lorentz defended his dissertation On the theory of reflection and refraction of light – a topic closely related to the research of Professor Sir Michael Berry.

Professor Berry is receiving the award for the development of the theory of the geometric phase which plays an important role in both the classical and quantum mechanical theory of waves.

The Royal Netherlands Academy of Arts and Sciences said: “Professor Berry reminds us of Lorentz not only because of his field of research, but also because of the similarities in style and interests.

“Berry, like Lorentz, combines theoretical questions with practical applications, and does not shy away from detailed calculations.  (We recall Lorentz's numerical work on tidal flow for the Dutch government.)  Both scientists share a talent for discovering hidden gems in mundane problems and see connections that others overlook.  An example from Berry's work is the connection between singularities in a rainbow and tsunamis.”

On Monday 23 February 2015 (in the International Year of Light), the Academy will host a symposium entitled Fantastic Light, in celebration of the award of the Lorentz medal to Sir Michael Berry.  This event will take place at the Academy’s headquarters (Trippenhuis Building, Kloveniersburgwal 29, Amsterdam).

Michael Victor Berry (b. 1941) studied physics at Exeter University and received his PhD from the University of St. Andrews.  His subsequent academic career developed at the University of Bristol where he is presently the Melville Wills Professor of Physics (Emeritus).