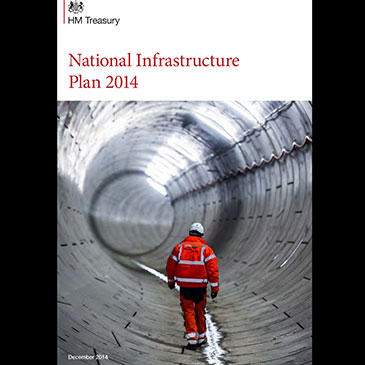 The work of academics from the University’s Systems Centre has been acknowledged for the second year running in the 2014 update of the UK's National Infrastructure Plan.

The UK Government, and Infrastructure UK in particular, has focused on the value of infrastructure as a contributing factor to economic growth and social well-being, and the 2014 Autumn Budget statement emphasised investments in infrastructure such as roads and flood defences. The National Infrastructure Plan identifies a total UK infrastructure spend of over £460 billion worth of planned private and public investment.

The research undertaken by Dr Ges Rosenberg and Dr Neil Carhart, in partnership with academics at The Bartlett at UCL, led to the development of the Interdependency Planning and Management Framework (IPMF), a new approach to help government, investors and developers identify and appraise significant interactions between infrastructure systems, such as transport and telecommunications, or flood defence and energy networks.

The IPMF will be incorporated into Green Book supplementary guidance on valuing infrastructure spend next year, and will help inform the government’s plans to make ‘synchronised’ or ‘co-located’ investments in order to future-proof the country’s networks and systems and achieve the best possible value for money.

The National Infrastructure Plan can be downloaded from gov.uk.