Cutting energy-related carbon emissions by 34 per cent will cost nothing, report finds 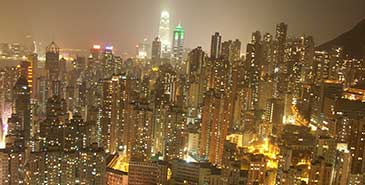 Cities could make a significant contribution to cutting greenhouse gas emissions at zero net cost, according to a report published today by the ESRC Centre for Climate Change Economics and Policy at the University of Leeds and London School of Economics and Political Science.

The study of the cities of Leeds, Kolkata (India), Lima (Peru), Johor Bahru (Malaysia) and Palembang (Indonesia) found that a number of cost-effective, low-carbon developments could cut global energy-related emissions by more than a third.

Lead author Professor Andrew Gouldson of the University of Bristol said: “A low-carbon economy is a no-brainer from an economic point of view, as well as an environmental one.

“By implementing a handful of quick-fixes, cities could deliver carbon savings of up to 34 per cent of global energy-related emissions at no net cost. City councils and investors have everything to gain from investing in a low-carbon future.”

The report finds that, based on economic factors alone, investment in low-carbon urban development should be favourable for investors and decision-makers in cities around the world.

The report states: “Our findings suggest that investment in the early stages of the low-carbon transition can appeal to local decision-makers and investors on direct, short-term economic grounds. This indicates that climate mitigation ought to feature prominently in economic development strategies as well as in the environment and sustainability strategies that are often more peripheral to, and less influential in, city-scale decision-making.”

For instance, low-carbon investment of £11.6 billion in Leeds City Region – which includes the local authority districts of Barnsley, Bradford, Calderdale, Craven, Harrogate, Kirklees, Leeds, Selby, Wakefield and York – could deliver annual emission reductions of 21.8 per cent in 2025 relative to projected levels, and at no net cost to the region.

The report finds that residential buildings could be responsible for almost a third of the Leeds City Region’s total emissions reductions by 2025. Investment of £1.1 billion in the domestic sector would create savings of £400 million each year, paying back investment within three years and saving billions therein.

For Leeds residents, this could see the widespread introduction of mini-wind turbines with a feed-in tariff, biomass boilers with a renewable heat incentive and solid wall insulation.

Meanwhile Lima, which today begins hosting the COP20 climate talks, could reduce its carbon emissions by 22.4 per cent relative to 2025 projected levels at no net cost to the city.

The report suggests that investment in Lima’s congested transport system could realistically deliver significant emissions reductions and savings for the city. This could mean the widespread introduction of modern Combis – the large privately-owned minibuses that accounted for approximately 20 per cent of trips in Lima in 2014. Congestion tolls and policies to promote cycling could also serve as a “flagship for climate action”, as demonstrated by cities such as London.

The report on ‘The economic case for low-carbon cities’ is a contributing paper to the New Climate Economy project by the Global Commission on the Economy and Climate.

The ESRC Centre for Climate Change Economics and Policy is hosted by the University of Leeds and the London School of Economics and Political Science. It is funded by the UK Economic and Social Research Council. The Centre’s mission is to advance public and private action on climate change through rigorous, innovative research.

The New Climate Economy is the flagship project of the Global Commission on the Economy and Climate. It was established by seven countries, Colombia, Ethiopia, Indonesia, Norway, South Korea, Sweden and the United Kingdom, as an independent initiative to examine how countries can achieve economic growth while dealing with the risks posed by climate change.  Chaired by former Mexican President Felipe Calderón, and co-chaired by renowned economist Lord Nicholas Stern, the Commission comprises 24 leaders from 19 countries, including former heads of government and finance ministers, leading business people, investors, city mayors and economists. It has been advised by a panel of world-leading economists also chaired by Lord Nicholas Stern.