Exploring the tangled history of an iconic flower 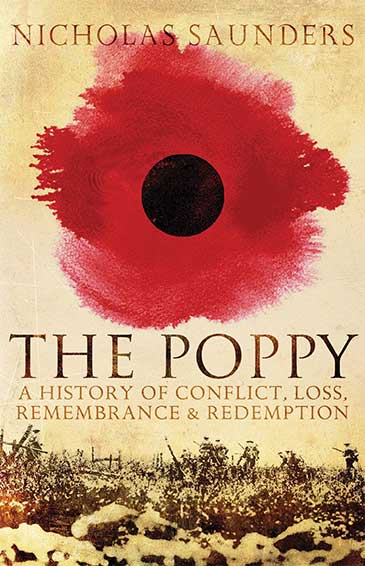 A new book by Dr Nicholas Saunders of the Department of Archaeology and Anthropology on the history of that ever-enduring icon, the poppy, has been published in paperback this month.

As we commemorate the centenary of the First World War, The Poppy: A History of Conflict, Loss, Remembrance & Redemption explores the cultural history of the poppy: both its use in remembrance today and its important position in the past.

In the aftermath of the horrific trench warfare of the First World War, the poppy – sprouting across the killing fields of France and Belgium, then immortalized in John McCrae’s moving poem In Flanders Fields – became a worldwide icon.

Yet the poppy has a longer history, as the tell-tale sign of human cultivation of the land, of the ravages of war, and of the desire to escape the earthly realm through opium dreams or morphine drips.

The book explores how the poppy has played a role in conflicts from the ancient Egyptian fights over prized potions to the American Civil War, the British entanglements in the Opium Wars with China to the struggle to end Afghanistan’s tribal narcotics trade.

The Poppy: A History of Conflict, Loss, Remembrance & Redemption by Nicholas J. Saunders is published by Oneworld Publications, £6.99

Dr Nicholas Saunders is the world’s leading authority on the anthropological archaeology of the First World War.  Currently a lecturer in the Department of Archaeology and Anthropology at the University of Bristol, he undertook the first-ever study of Great War material culture as a British Academy Senior Research Fellow at University College London between 1998 and 2004.  He has published more than twenty-five books, including Trench Art, Killing Time, Alexander’s Tomb and Matters of Conflict, and has appeared in documentaries for the BBC, the National Geographic Channel and the History Channel.