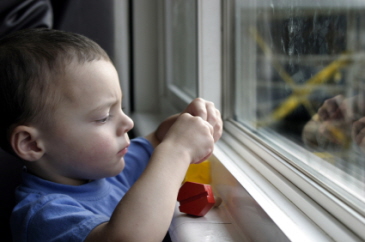 The most comprehensive study ever to be carried out into adoption in England has confirmed that the rate of breakdown is lower than anticipated, but it also reveals a stark picture of the problems faced by families.

Researchers from the University of Bristol analysed national data on 37,335 adoptions over a 12 year period to show that 3.2 per cent of children – around three in 100 - move out of their adoptive home prematurely, known as a ‘disruption’.

This is an important finding as services have focused on providing support in the early years of the placement. There are very few services for adopted young people and those parenting adopted teenagers.

In depth analysis of the circumstances of 70 families showed that this low rate of disruption was down to the commitment and tenacity of parents who stuck by their children in extremely testing circumstances.

The study, funded by the Department for Education and published today [9 April], is the first national study of adoption breakdowns and gives recommendations for policy, practice and further research in the future.

In addition to analysing national data on adoptions, parents who adopted a child between April 2002 and March 2004 in 13 local authorities were asked to complete a survey about their experiences. The same survey was posted on the Adoption UK website.  It was returned by 390 adoptive parents, caring for 689 children who had been placed by 77 different local authorities.  The majority of parents (66%) reported that the adoptions were going well.

It found that the families who had experienced a disruption and those who were finding parenting very challenging were dealing with teenagers with mental health problems that were associated with the young people’s histories of sexual abuse, neglect and exposure to domestic violence.

Of those children whose adoption placements had broken down, 91 per cent had witnessed domestic violence and 34 per cent had been sexually abused before they were adopted. Mental health problems were prevalent in the children who had left home, with 97 per cent scoring in the clinical range of mental health problems (compared to 10 per cent in the general population) and a quarter had been diagnosed with autistic behaviours.

Violence was a significant factor in the young person leaving their adoptive home in 80 per cent of cases, combined with involvement in crime, life threatening self-harm and running away.  Of those interviewed, 27 per cent of parents reported worrying behaviour shown by their child around the use of knives. Services did not know how to respond when it was a young person being violent to a parent.

Professor Julie Selwyn, Head of the Hadley Centre for Adoption and Foster Care Studies at the University of Bristol, said: “The disruption rate was lower than we expected. The reasons for that became obvious when we met the families, whose commitment and tenacity was remarkable in very testing circumstances.

“We had not expected child to parent violence to feature so strongly in parental accounts of challenging behaviour. Young people were mainly violent to their mothers, but fathers, siblings, pets and in one case, grandparents had also been assaulted.

“There is an urgent need for Children’s Services to develop support services for adopted teenagers and their parents and for mental health services for young people to be improved.  Although disruptions were rare, the impact of a disruption was enormous.”

As a child’s behaviour became more difficult during adolescence, parents described feeling isolated and stigmatised by other parents and blamed by professionals for the child’s challenging behaviours.

More than a quarter (27 per cent) found themselves threatened with or subjected to a child protection investigation, which had a lasting effect on their employment and mental health.

About a quarter of  the 70 parents stated they had received good support from social workers but their efforts to get help were often thwarted by agencies who refused to see adopted children or were only able to offer what could be provided in-house.

Parents were rarely referred onto specialist services and were consequently offered the same ineffective interventions time and time again.

Since leaving the adoptive family home, most of the young people had re-entered care and had multiple placements and continued to display challenging behaviours - starting fires, self-harming, attacking care workers and the police - and some had committed serious criminal offences.

However, most adoptive parents continued to parent albeit at a distance.  Parents were concerned about the young person’s future and were afraid that the young person would end up in prison, be exploited by those who prey on vulnerable young people or may die.

The impact on parents was far-reaching with 13 of the 35 parents of children who had left home showing symptoms which indicated they had post-traumatic stress disorder and nearly half had symptoms of moderate to severe depression.

The report, entitled ‘Beyond the Adoption Order: challenges, intervention, disruption’, was carried out by the Hadley Centre for Adoption and Foster Care Studies, based in the School for Policy Studies at the University of Bristol and funded by the Department for Education.

BBC Radio 4's iPM programme featured a report on this study.  'We live as a family under siege' is available as a podcast from the BBC's website [until12 May].